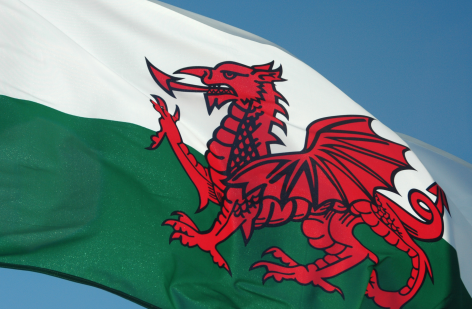 Taking items which have been thrown away and re-using them rather than letting them go to waste could deliver big benefits for Wales, according to a new publication from sustainability charity WRAP Cymru.

Preparing for Re-use: A Roadmap for a Paradigm Shift in Wales, published yesterday (16 July) and funded by the Welsh Government, sets out the actions needed to transform the way Wales deals with this waste and what this could mean for both the economy and the environment.

The roadmap finds that moving to a circular economy where product leasing, remanufacturing, modular design and extended producer responsibility were common-place would provide ‘significant scope to increase tonnages re-used’

In addition to examining the impact on re-use of this ‘paradigm shift’ to a fully circular economy, the roadmap outlines the potential impacts of three other scenarios – including one focused on the impact of current Welsh good practice being followed nationwide, with a focus on furniture, clothing and shoes, waste electrical and electronic equipment (WEEE), paint and varnishes, wood, carpets and underlay and other items.

Environment Minister Hannah Blythyn – “Re-use helps reduce the strain on our valuable resources. My ambition is to create a more circular economy in Wales, making more of what we consume here and becoming a global centre of excellence for re-use.”

Environment Minister Hannah Blythyn marked the roadmap’s publication with a visit to FRAME Pembrokeshire, one of a number of Welsh third sector organisations involved in preparing items collected by local authorities for re-use. She said:

“Re-use helps reduce the strain on our valuable resources. My ambition is to create a more circular economy in Wales, making more of what we consume here and becoming a global centre of excellence for re-use.

“I’m proud that Wales is the top nation for household recycling in the UK and third in the World. The roadmap will be a vital source of information as we work towards our goal of becoming a zero waste nation by 2050.”

Carl Nichols, Head of WRAP Cymru, added: “This roadmap demonstrates the key role which preparation for re-use can play in the development of a circular economy for Wales. My WRAP Cymru colleagues and I look forward to continuing to work with the Welsh Government, local authorities, third sector organisations and businesses to accelerate the shift towards a Welsh circular economy, with all the benefits this will bring.”

Preparing for Re-use: A Roadmap for a Paradigm Shift in Wales was produced by Resource Futures, and sets out the scale of what could be achieved in Wales.  As well as reducing waste and environmental benefits, preparing waste for re-use can create jobs and save money for councils and citizens alike.

It will be used in Welsh Government policy deliberations in the future and forms part of the work of WRAP Cymru’s Collaborative Change Programme, which works on behalf of the Welsh Government to help local authorities reach statutory recycling targets and save money.