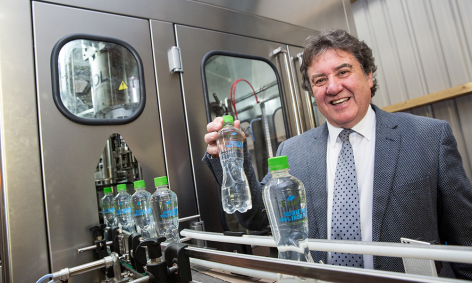 A Somerset water bottling firm has used a six-figure finance package from HSBC UK to invest in its plastic-free offering and launch a new range of biodegradable bottled water.

The funding has also been used to replace and upgrade its existing glass bottling line, which will boost the firm’s capacity to fill glass and aluminium bottles from 800 per hour, to 8,000 per hour. The investment is predicted to increase turnover by 20 per cent and has created two new jobs.

The Urch family has been bottling organic spring water sourced from caves and aquifers under the Mendip Hills next to Cheddar Gorge since 2002 and set up Cheddar Water two years later. The business now fills around three million plastic and glass water bottles a year for shops, wholesalers and restaurants in the UK. Cheddar Water also produces bespoke-labelled water bottles, which are exported to businesses across Europe.

The latest investment from HSBC UK, supported by a grant from the Rural Development Programme for England, will enable the business to meet growing demand for plastic-free and glass bottles in the UK and overseas. 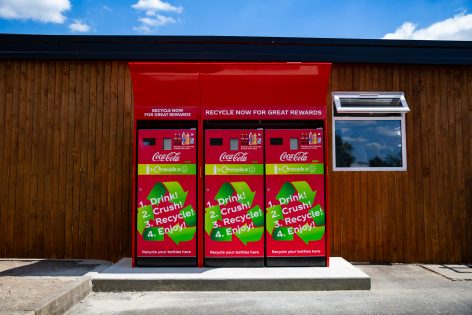 Coca-Cola GB has announced that its recycling partnership with Merlin Entertainment will be continuing over the summer – following its initial launch in 2018.

Launching from 8 July 2019, the 23 machines will be available at leading UK Merlin attractions, including Alton Towers Resort, Thorpe Park Resort, Chessington World of Adventures Resort and the LEGOLAND® Windsor Resort.

Following popular demand, the reverse vending machines have also been rolled out to additional new sites this year, including SEA LIFE Blackpool and Warwick Castle Resort.

In a further push to reduce packaging waste, Coca-Cola’s Freestyle machine will also be available at Thorpe Park Resort, offering consumers the chance to pre-load money onto an RFID chip in a refillable cup. 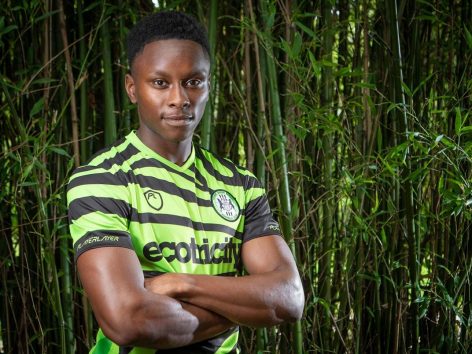 Inspired by nature, the on-trend kit comes from chairman Dale Vince’s desire to create an evolution of the club’s now world-famous green and black hoops.

The new design is inspired by the animal’s natural camouflage – so effect for a dazzle of zebra (the collective noun for a group) when bamboozling predators and stopping them from attacking.  The zebra’s striping also makes it harder for rivals to judge their speed and direction.

In a further nod to nature – the new shirts are the first in football to be made from bamboo – a fast growing, super sustainable material. This year’s kit uses a 50% bamboo mix – significantly reduces the use of plastic.

Working with its kit partner PlayerLayer, the intention is to further develop this revolutionary approach, to create 100% sustainable high-performance sportswear.

This season’s new home kit is resplendent in a striking green and black zebra pattern, as the away kit adopting a black-on-black zebra look. The home and away design will last for two seasons. 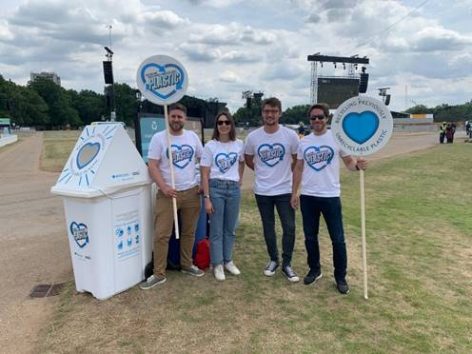 Feedstock recycling company Recycling Technologies (RT) teamed up with Barclays to install 25 unique recycling bins at “Barclaycard presents British Summer Time Festival” in Hyde Park, to collect and recycle almost all of the previously unrecyclable plastic that was brought on site by the public.

Some British festivals have pledged to go plastic free this year, but there’s always the issue of what people bring on site and what to do with these often unrecyclable plastic items to keep them out of landfill and the eco-system, RT says.

The recycling bins were accessible from 8-11 July, to help festival-goers be even more environmentally minded this summer and recycle plastics like bags, crisp packets, pouches and food wrappers.

The plastics will be brought to Recycling Technologies’ plant in Swindon to be recycled back into an oil, Plaxx®– a feedstock for petrochemical companies to use in processes to make new, virgin-quality plastic with recycled content.

Recycling Technologies is working with stakeholders such as Barclays and Tesco on trials to demonstrate its recycling technology and address consumers’ wishes to do more.

The technology can be easily scaled to enable local authorities across the UK to collect all plastics, to help solve pressing environmental challenges and create new jobs in the UK, the company says.