From 2-6 September, people across the UK are being challenged to reduce the amount of stuff they throw away.

Zero Waste Week will ask people to think twice before throwing anything in the bin, to help save money, protect the environment and address the threat of climate change.

Celebrating its twelfth anniversary, Zero Waste Week is asking people to rise to the challenge of Transforming Global Warming.

Rachelle Strauss, founder of Zero Waste Week said: “It’s clear that the Great British Public has a growing concern about the effects of climate change. That’s why I’m delighted to announce that the aim of this year’s campaign is to illustrate how a Zero Waste lifestyle is one of the easiest ways to tackle climate change within your home and business.

“It’s vital that businesses, governments and citizens come together in a bid to call time on the ticking time bomb of climate change. By making Zero Waste Week accessible to all, we can make a huge difference and I look forward to building on the success of previous campaigns.”

Author and comedian, Helen Lederer said: “Most of us know what we should be doing to reduce our waste and our use of resources, but it’s not hard to relapse now and again. Zero Waste Week is great for getting back on track with how we want to be living. We need this big time.” 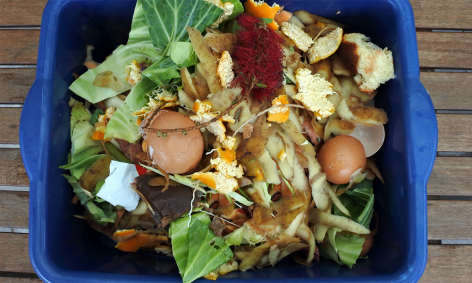 Nearly 9,000 Portsmouth households will be starting a food waste collection trial next month to try and reduce the amount of refuse produced in the city.

Households in Drayton/Cosham, Somerstown, Old Portsmouth, Portsea, Southsea, Eastney and Baffins will be part of the trial to see if the scheme works locally. The trial will start from w/c 16 September 2019 and will run for six months. If successful in reducing refuse it could be rolled out across the city in the future.

Those selected for the scheme will receive a letter this week. Before the trial starts they will receive two food waste caddies – a small caddy to keep in the kitchen, which is emptied into a larger one outside for weekly collection. The waste is collected on the same day as the rubbish collection but by a different collection crew, it is then sent to anaerobic digestion. The larger caddy has a lockable lid to make it safe from animals – which will help keep the streets cleaner.

Items that can be put in the caddy include; all uneaten food and plate scrapings, tea bags and coffee grounds, vegetable peelings, egg shells and cut flowers.  It can’t be used for liquids or packaging of any kind.

Cllr Dave Ashmore, Cabinet Member for Environment and Climate Change at Portsmouth City Council, says “I am delighted that the food waste collection trial is launching in Portsmouth as it is something that many residents have asked us for. It is important that we do whatever we can to reduce waste and recycle more and I am keen to see what impact the trial will have on reducing waste in the city.”

Waste composition analysis undertaken in the city in Autumn 2018 showed that nearly 40% of black bin waste was food waste. It is expected that a separate food waste trial will improve the recycling rate in the city. 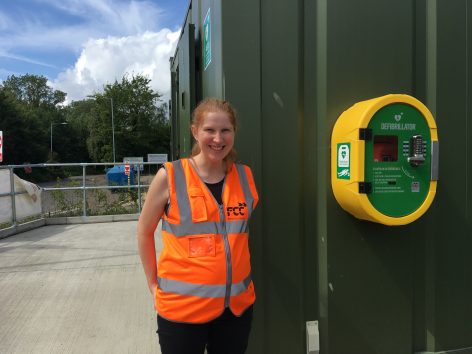 Every one of Norfolk’s 20 recycling centres now has a newly installed defibrillator on site for the very first time. The life-saving equipment will benefit local communities and all the people and staff on the busy sites right across the county.

Cllr Andy Grant, Norfolk County Council Cabinet Member for Environment & Waste, said: “I’m very proud that this life-saving equipment is not only set to benefit people using our recycling centres, also those that live and work nearby, as these 20 new machines will greatly increase the number in the county and bring defibrillators to areas that have not had one until now.”

The East Anglian Air Ambulance is the current chosen charity for the 11 reuse shops at Norfolk’s recycling centres. Patrick Peal, CEO of the East Anglian Air Ambulance, said: “We now attend more cardiac arrests than any other type of emergency, but often our team gets there too late to make a difference. The people that stand the best chance of survival are those that have CPR and a shock from a defibrillator within minutes of their heart stopping.

“Having 20 more defibrillators available in Norfolk at these centres is a brilliant initiative that will – without a doubt – help to save lives. We’re very proud to be the benefitting charity of the reuse shops and congratulate Norfolk County Council on installing these life-saving pieces of kit.”

The purchase of the defibrillators was approved by county councillors in November 2018* and saw the first one put in place at the Mile Cross recycling centre in Norwich in April this year. The work is now complete after the last machine was fitted at Strumpshaw recycling centre last week.

All the defibrillators are registered with the ambulance service and site staff have been trained to use them in emergency situations.

Help clean up the countryside with CPRE’s Green Clean 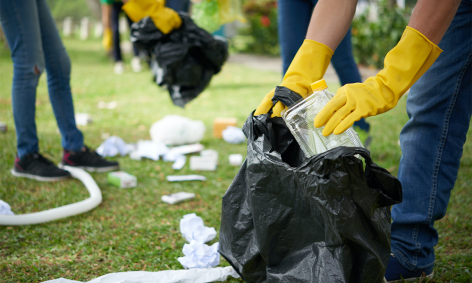 The countryside charity is urging everyone to get involved with its nationwide Green Clean litter picks.

This September, Campaign to Protect Rural England (CPRE) is mobilising almost 20 local CPRE groups, in partnership with other local community groups and passionate volunteers, to clean up local green spaces and countryside as part of its nationwide Green Clean. Evidence from the Green Clean will be used to highlight the urgent need for a deposit return system that includes drinks cans, plastic and glass bottles, cartons and pouches of all sizes.

Running for one month, and with events taking place from Somerset to Northumberland, the countryside charity wants as many people as possible to get involved in their local Green Clean events and help improve their local environment.

Last year, litter pickers collected hundreds of bags of litter and over 11,000 drinks bottles and cans, of all shapes, sizes and materials.

Maddy Haughton-Boakes, Campaign Lead at CPRE, said: “Litter left in our countryside, streets, parks and rivers isn’t just an eyesore, it can be extremely harmful to wildlife and nature, and cost tax-payers millions of pounds in clean-up costs every year. Through the collective effort of local people, this year’s Green Clean will transform local green spaces back to a beautiful litter-free state.

“Last year we collected a staggering number of harmful drinks cans, bottles, cartons and pouches, demonstrating how vital it is that every single type of drinks container is included England’s deposit return system. That small financial incentive will stop them from being littered, making such a huge difference to our environment and wildlife.”