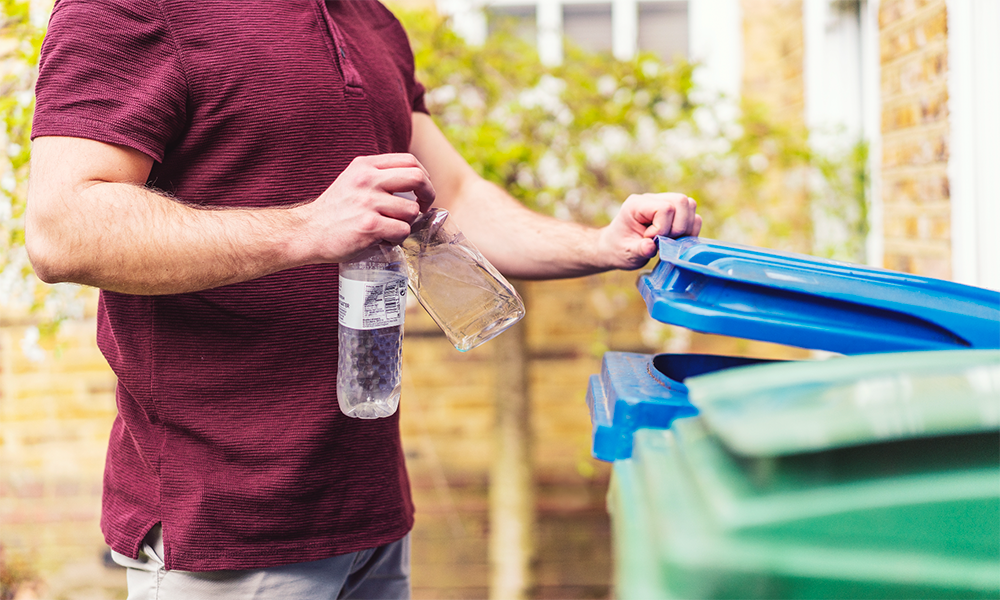 As Recycle Week gets underway, the latest research from Recycle Now reveals that over 60% of UK households are now recycling more than they were a year ago because of environmental concerns.

The research shows that more and more UK households are recycling plastic drinks, cleaner, toiletry and shampoo bottles, amongst other items including glass and metal tin cans.

The level of increase of glass and metal / tin cans is at a slightly lower level compared to the other items cited.

Nearly a third of these people cite environmental concerns as the main reason for doing more and other attribute it to an increased awareness of what can be recycled.

Whilst the research showed an increase in recycling, it also showed that UK households sometimes incorrectly put items like nappies, toys and toothpaste tubes in the recycling bin.

The research from WRAP has been released as part of Recycle Week (23-29 September), the UK’s annual event to build awareness of and encourage increased participation in recycling behaviour.

Craig Stephens, campaign manager for Recycle Now, said: “This year we’ve all taken more notice of our impact on the environment, and realised that recycling is part of reducing that impact.

“More and more of us are recycling, so the next step is to make sure we get our recycling right.”

The aim of the week is to encourage the public to recycle more, by demonstrating the benefits of recycling items from all around the home.

This year’s theme will be: ‘Recycling. It’s in our own hands.’

“2019 is the year of the environmental activist,” WRAP says. “We’ve seen this through protests and marches. From Greta Thunberg to Our Planet and Sir David Attenborough – environmental concerns have never been so front of mind for the nation.

“We want to capitalise on this as it’s a golden opportunity for us to inspire and support citizens to take action and make recycling the new norm.

“Recycle Week 2019 will be full of action asking people to rinse, crush, squash, sort and separate. In the bathroom, the kitchen, the office and the great outdoors. Getting them to do something powerful and radical that will really make a difference.”