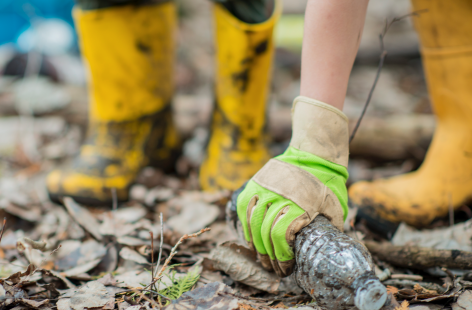 Teachers are being encouraged to “start a conversation around single-use plastics” this year and empower pupils to find creative ways to protect the marine environment, following a schools-based inquiry led by the charity Keep Britain Tidy and BRITA UK.

Commenting ahead of the start of the new school year, KBT Chief Executive Alison Ogden-Newton said that the charity’s research had shown that Britain’s schoolchildren have a genuine passion for looking after our planet, including tackling the issue of single-use plastic waste.

With the Government currently reviewing the responses to its consultation on levies on single-use plastic items, and with businesses and consumers inspired by the messages of Blue Planet, she said now is a critical moment to ensure the next generation gets their say on the issue.

Earlier this year Keep Britain Tidy and BRITA UK ran a joint project asking pilot groups of pupils to come up with solutions to the challenge, with suggestions that came out of this including a points system incentivising people to choose reusable bags, a ‘Very Important Bottle’ queue for school lunches and a live ‘plastic-o-meter’ counting the volume of single-use plastics consumed each month.

“I’m delighted to see the creative and forward-thinking ideas they came up with and would love to see more young people get involved in this discussion, including via their schools.”

A report on the project, published this week, concludes that ‘giving children the information and tools to tackle the single-use plastics issue has motivated them to do so’ and recommends similar activities be undertaken by teachers around the UK. The final report[1] finds that children and young people want to be informed about and are interested in the environmental impacts of single-use plastics.

As part of the project, believed to be the first time children have been purposefully included in the nationwide debate surrounding single-use plastics, pupils were asked to keep individual ‘plastics diaries’ to see just how much they and their families really use. KBT and BRITA UK then ran workshops using films, quizzes and games to help pupils understand more about single-use plastics and think creatively about the steps they and others could take to cut down.

Pupils proposed an array of imaginative ideas, including fun straw holders to attach to bags and encourage people to use reusable options, stickers in supermarkets or public places pointing out facts about plastics and nudging people to think about the packaging they use, and for schools to undertake regular litter picks.

Passionate About The Planet

Allison Ogden-Newton, Chief Executive of Keep Britain Tidy, commented: “It was fantastic to work with BRITA UK on this important project. What we found is that Britain’s schoolchildren really are interested in looking after our planet and passionate about doing so. Their ideas were inventive and we heard some great questions being asked in the workshops. With so much momentum building behind protecting our Blue Planet, now

is the time for the next generation to get involved and shape the debate around single-use plastics. It’s critical they get to have a say – it’s their future we’re talking about. So if they have the opportunity, it would be great to see teachers start a conversation about single-use plastics with pupils. There’s no question we can all benefit from creative new ideas.”

Sarah Taylor, Managing Director of BRITA UK, said: “There is now widespread recognition that we need to do more to end our reliance on single-use plastics such as disposable bottles. Despite this, it’s clear there is much more to do to encourage people to change their habits and swap to things like refillable bottles.

“It’s important we listen to the next generation to learn from them what they think should happen. I’m delighted to see the creative and forward-thinking ideas they came up with and would love to see more young people get involved in this discussion, including via their schools.”

A YouGov survey commissioned by BRITA UK and Keep Britain Tidy in April found that young people are more committed than other generations to mitigating the effects of single-use plastic, with 68% of 18 to 24 year olds currently owning a reusable water bottle, above the national average of 55%.

This group is also more likely to drink tap water in a reusable water bottle and refill as required when out and about (43% to the 29% average), and more willing to put extra effort and time into finding alternatives to bottled water. Half of 18 to 24 year olds said they felt bad for the environment if they bought bottled water, compared with 44% of adults surveyed.

The study was part of BRITA’s wider #SwapForGood campaign, which aims to help eradicate the use of single-use plastic bottles by encouraging people to make small changes to their lifestyle that can have a big impact on the environment.

In January the Government launched its 25-year Environment Plan, pledging the elimination of avoidable plastic waste by 2042. The recent Treasury consultation on recycling and single-use plastics received the largest response in the Treasury’s history, with 162,000 comments, with the Government subsequently promising to consider some of the following: