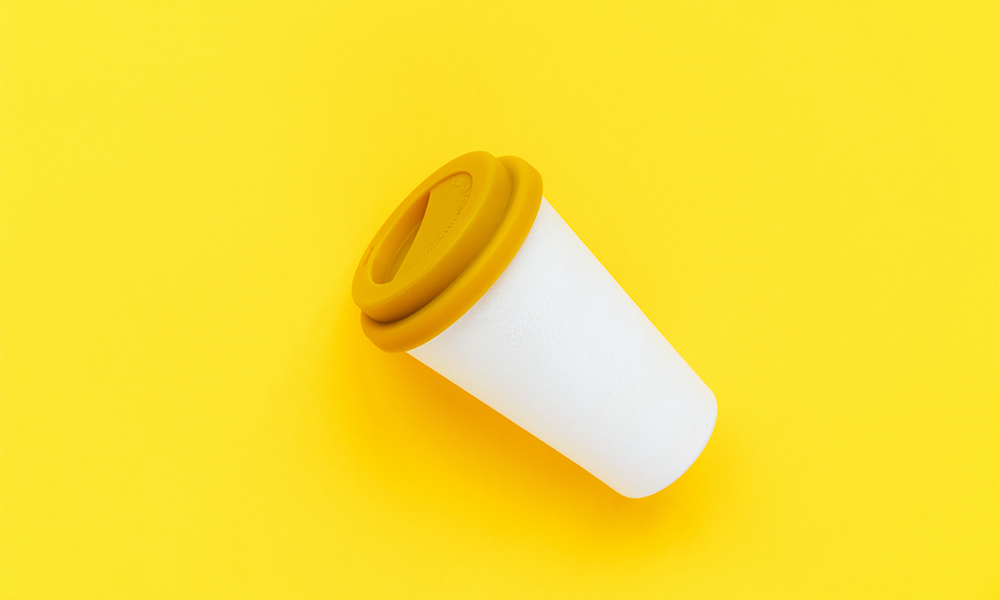 Under the trials four public sector cafés in Scotland stopped giving discounts for reusable cups and instead reduced the total price of a drink by the equivalent amount and charged customers that same amount for single use cups. For example, a 10p reusables discount was replaced with a 10p reduction in the total cost of the drink and a 10p disposables charge.

That kept the overall price of a hot drink the same as it had been before both for people choosing throwaway cups and for those choosing reusables.

The proportion of consumers switching from disposable to reusable cups rose across all four cafés by 50% on average, Zero Waste Scotland (ZWS) says.

ZWS says the findings suggest that making the cost of disposable cups clear instead of hiding that cost within the total price of the drink will do more to “kick Scotland’s disposable coffee cup habit” than offering discounts.

Lead author Michael Lenaghan chaired a panel on reusable alternatives to single use cups at day one of the Scottish Resources Conference (SRC) yesterday (Oct 1) where business leaders, policy makers and public sector staff came together to discuss how to reduce Scotland’s carbon footprint, most of which is caused by the nation’s “vast consumption habit”, ZWS says.

Explaining the study findings and their significance, Mr Lenaghan, environmental policy advisor, said: “We have shown that it isn’t necessary to charge people more for their coffee to persuade them to ditch a disposable cup in favour of a reusable one. You just need to put a clear price on the cup and let consumers decide if it is a price worth paying every time they buy a drink.

“Single use packaging has an environmental and a financial cost, but that financial cost is usually hidden from view, so consumers don’t have all the information they need to make informed purchasing decisions.

“Behavioural science has shown that people will make more effort to avoid a cost – such as a 25p charge on single use cups – than they will to obtain a gain of equal value – like a 25p reusable cup discount.”

He said this desire to avoid cost had already been used in Scotland’s successful carrier bag charging scheme, which reduced the use of disposable carriers by 80% in a year.

It will also be used in Scotland’s forthcoming deposit return scheme, urging shoppers to recycle their empty drinks bottles and cans to get their deposit back. Zero Waste Scotland has played a lead role in both initiatives.

An estimated 200 million single use coffee cups are used every year in Scotland alone.

While many cafés offer money off to customers choosing reusable cups, ZWS says research has “consistently shown” that this does little to encourage customers to ditch disposables in favour of more sustainable reusable cups, which account for less than 2% of hot drink sales.

The study is thought to be the first of its kind to focus on replacing existing reusable cup discounts with an equivalent charge on disposable cups. It also included a review of other cup charge trials globally, all of which found that charging separately for disposables increased numbers choosing reusables.

The Scottish Government has set up an expert panel, which is supported by Zero Waste Scotland, to make recommendations on reducing single use items. The panel’s recommendations include introducing a charge of at least 20p to 25p per disposable cup.

Ministers indicated in the recent Programme for Government that a forthcoming Circular Economy Bill in Scotland will include measures to enable separate charging for single use items, including cups.

They are expected to issue a formal response to the panel’s recommendations shortly.