As well as the focus on plastics, the UK is facing a potential paper crisis, and piles of paper are already building up as China’s new rules come into force, according to a UK-basd paper recycling company.

Simon Mountain, commercial technical director at Mid UK Recycling Ltd, said the panic about plastics is overshadowing another crisis looming for the UK’s recycling industry – that of paper and cardboard. It estimates the new rules will eliminate at least 5m tonnes or more of mixed paper from going to China in 2018.

From the start of next month (March 2018) the contamination rates of cardboard and other paper grades exported to China for recycling must be below 0.5%, rather than the previous 1.5%, while it is also imposing a complete ban on importing all mixed paper.

Simon explained: “When you consider a cardboard box often contains metal staples, plastic parcel tape and an Amazon parcel sticker it would suggest the maximum contamination level of 0.5% is going to be barely achievable.

Mid UK Recycling Ltd has said it is already witnessing hundreds of thousands of tonnes of paper backing up at waste sites around the UK as a result of the impending changes which, despite being a few weeks away, exporters are having to comply because of the time it takes to travel. 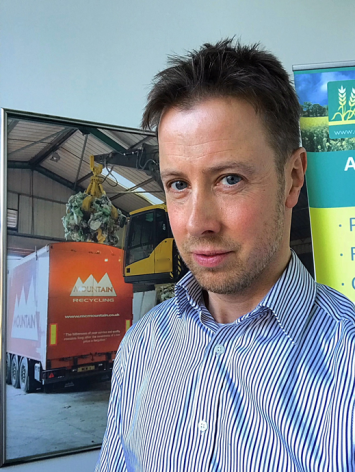 “European mills are full with high stock levels. Paper merchants and processing yards are also full to the rafters. In the UK our MRFs (material recycling facilities) have high stocks from Christmas, a time when inputs are at their worst with contamination, and we are battling to do what we can against the UK winter to control moisture,” Simon said.

Mid UK Recycling Ltd added that the problem is being made worse for UK waste operators because they are facing increasing storage restrictions regarding stack heights and separation distances, as the impact of the EA’s latest fire prevention plan (FPP) guidance takes hold.

In addition, it says that many of the Chinese mills that have been granted licenses for imports are offering limited or no orders and are instead searching for pre-consumer fibre and staying away from post-consumer grades.

“This is new times and it’s very worrying,” said Simon. “The impact of our reliance on China is clear to see in the UK, Europe and across the globe. But at home we must get support for local authorities as they will be hit hard by the impact of China’s changes.”