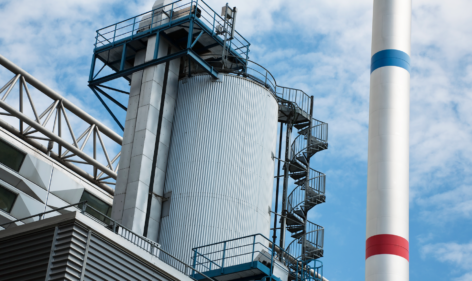 A surge in incineration means valuable materials are being lost, according to a report published today (16 July) by the Green Party, which claims UK is on course to burn more waste than it recycles.

According to the report, incineration levels across the UK have increased from 5.5 million tonnes of waste in 2012/13 to more than 10 million tonnes in 2016/7.

Green Party peer and author of the report, Baroness Jenny Jones, said: “There is a logic to generating energy from the waste that we cannot recycle, or reuse, but it is meant to be the last resort option. What we have created instead is a market driven system of incinerators which constantly need to be fed.”

The Green Party claims it has contributed to a stalling in recycling rates in parts of the country as local authorities divert waste to incineration plants.

“Many councils have signed up to long term contracts with incinerators and my research shows that these have some of the worst recycling rates in the country,” Jones said.

“In fact, many of these councils have gone backwards and recycle proportionately less than they did six years ago. Let me be clear that it is not the case that people in central London, or Birmingham, or Portsmouth are bad people who are unwilling to recycle, it is because their council is bad at recycling and has let them and their environment down.”

Jacob Hayler, executive director at waste trade association the Environmental Services Association (ESA), told The Guardian that too often the debate is set up as recycling v incineration.

“That’s the wrong way to frame it,” he said. “Really, it’s landfill against incineration for things you can’t recycle.”

He said cuts to local authority budgets were to blame for recycling stagnating, not incineration growth. “The trend is there isn’t enough policy support for recycling, so recycling rates have slowed down.”

The ESA last month launched an overview of the contribution that energy from waste makes to the UK economy.