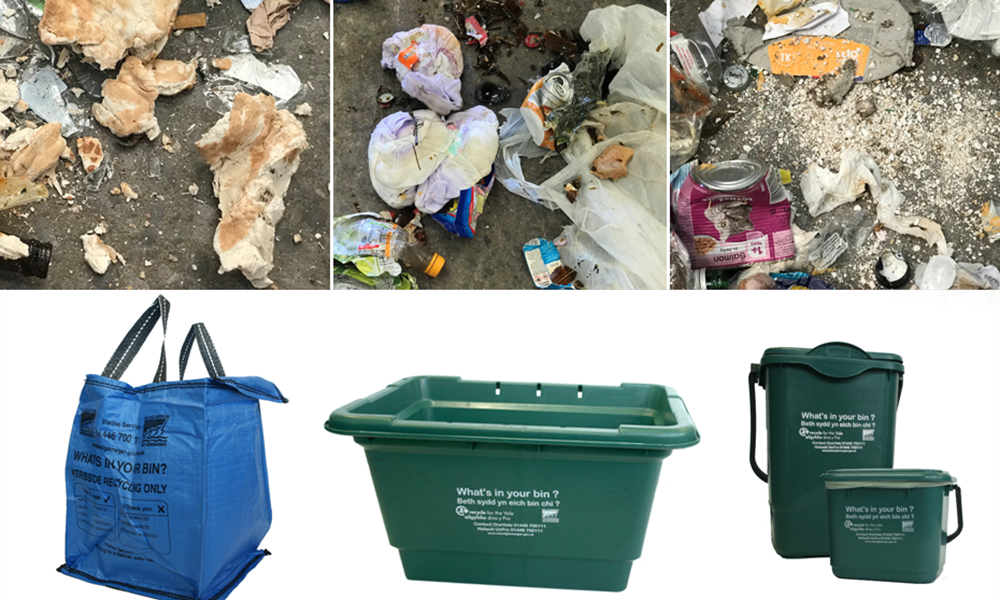 The Vale of Glamorgan Council has introduced “urgent” changes to household recycling collections in a bid to tackle a growing problem with contamination.

Though the vast majority of Vale residents are committed recyclers and have helped the Vale of Glamorgan become one of the top areas in Wales for recycling, a small but growing number have been putting non-recyclable items in with their recycling, the council says.

These items include soiled nappies, food waste and even cat litter, which results in entire lorry-loads of recycling being rejected at the processing centre and urgent action is needed to address this.

To combat the problem of contamination, recyclable waste will only be collected if it is placed in Council-issue bags or boxes.

Urgent action is needed and we are delighted at the immediate uptake of the changes by many residents.

“We are asking people to make the change as soon as they are able and for the complete change to be in place by the end of August,” the council said.

Cllr Lis Burnett, Deputy Leader of the Vale of Glamorgan Council, said: “Vale residents have made a tremendous effort to achieve such a high rate of recycling but unfortunately a minority are ignoring the guidelines and it’s causing a major problem.

“Urgent action is needed and we are delighted at the immediate uptake of the changes by many residents.

“Single-use plastic is also a significant threat to our planet, particularly our oceans, and as residents of a coastal county we understand the seriousness of that damage.

“These changes will also help reduce the amount of single-use plastic waste produced.”

Extra supplies of the Council’s reusable bags and boxes are available for free at a number of locations across the Vale.