Paul Killoughery, Managing Director of Bio Collectors, continues his series of articles on food waste, this week turning his attention to the transportation of food waste, especially out of London, and the importance of “keeping it local” 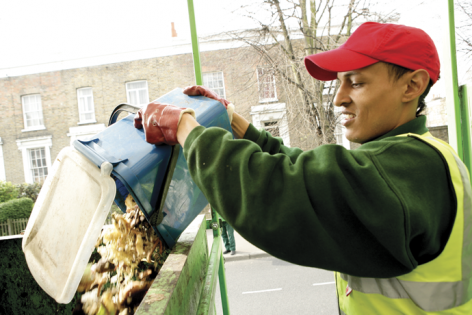 I have previously highlighted the issues around the disposal of food waste in the UK, and closer to home for us, in London. Aside from the long running battle of persuading companies and consumers alike to champion the more environmentally friendly methods of food waste disposal, there is also the lesser documented problem of logistics and the extraordinary transportation of waste, once collected.

In an ideal world, food would not be wasted. However, there will always be unavoidable food waste – banana skins, tea bags and meat bones, for example, that cannot be consumed.

Consumers and those in charge of facilities and businesses must be encouraged to champion the recycling of these products, as opposed to simply adding them to the mixed waste that is then sent to incineration or landfill. There is still a mountain to climb in bringing the wider population around to this way of thinking. At the moment, just 18 of 33 London boroughs currently carry out separate food collections. The ultimate goal is to drive this number up, but even if we win in this battle, the war doesn’t end there.

Once collected, waste both of municipal, green and food varieties, is often transported to either anaerobic digestion (AD) plants, incineration or landfill sites far beyond its origins. This stems from a number of reasons including a lack of local facilities to locked-in agreements with waste disposal companies outside the area and also competition between rival treatment businesses.

Not At Full Capacity… 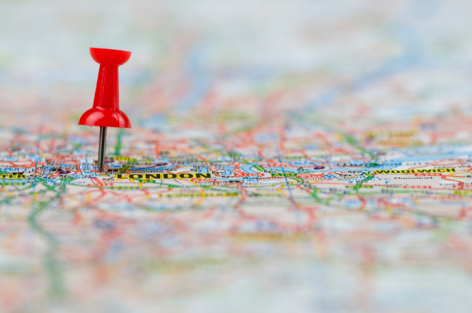 Focusing on AD, we know that London’s capacity is currently at only around the halfway mark and more sites are being built within the boundaries of the M25. It leads us to question why food waste is transported out of London to facilities in the Midlands, for example.

The answer is simple. Some regions are over serviced by AD plants in terms of the volume of food waste available in that area. To offset this, they poach business from other areas, thus needlessly increasing the carbon footprint left by transporting the waste.

According to recent London Assembly figures, around half of London’s food waste is transported out of the capital for treatment. Waste from northern boroughs including Haringey, Waltham Forest, Hackney, Islington and Camden is moved to Enfield, where it is then transported to Warwickshire. This represents a carbon footprint accrued of around 206.39kg of CO2 produced, based on a 95-mile trip from Islington to Warwickshire with an average of five miles per gallon.

Conversely, northern boroughs including Harrow and Brent transport their waste to Kent, along with closer areas such as Lambeth and Southwark. This represents a carbon footprint of around 152.08 kg CO2 produced, based on a journey of around 70 miles at the same fuel consumption.

Some food waste is treated in the London boroughs of Enfield, Hillingdon and Barking & Dagenham. Food waste that is not collected separately, but together with residual waste, is treated mostly within London’s boundaries at EfW and MBT facilities in Wandsworth, Lewisham and Bexley, while some waste is landfilled at Sutton.

Even when waste is being transported to AD plants – the preferred end site for food waste – the detrimental effect of transporting it hundreds of miles virtually defeats the purpose. The Mayor has implemented strategies addressing change in London and supports the development of the food waste infrastructure, but there is a long way to go.

Where Does The Rest Go?

To put the issue of food waste transportation in perspective, Recycle for London estimates that the capital produces 890,000 tonnes of consumer waste a year. We know that around 100,000 tonnes are currently processed by London-based AD plants – so where is the remainder going? Some will be non-segregated and difficult to pin down where it is going and how it is processed, but a great portion of this will be transported out of the capital to plants elsewhere. These figures are shocking and highlight just how much there is still to do in this area.

As well as promoting the necessity of segregating food waste and the benefits of AD, we need to draw more attention to the distance food waste is travelling and how to reduce this. One course of action would be to call for stricter guidelines on new AD plant development, based on facilities already available in those areas where planning is applied for. New development should only be permissible in areas where there is sufficient need, meaning a surplus of food waste being produced compared to the capacity of facilities available locally to treat it. Birmingham is one example of a region over serviced by AD plants, with four in a relatively small area and an overall capacity that far outweighs the local supply.

Each AD plant generally has a business radius of 30 miles, though London is slightly different in this respect – we work within the M25, for example, which has an average diameter of between 40 to 50 miles. When applying for planning for new AD plants, the overlapping radius of existing facilities should be considered to avoid over servicing an area, which then puts pressure on regions further afield and drives up the miles food waste travels.

Food segregation, local treatment and raised awareness of associated environmental concerns are all part and parcel of the ongoing battle to streamline the treatment of London’s food waste.