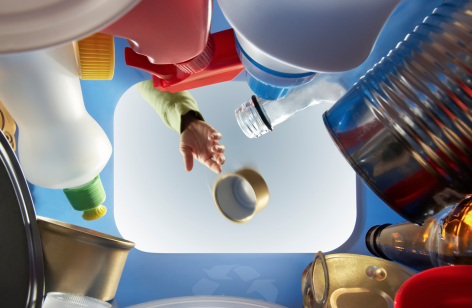 Whilst I’m sat in my office being chased for the latest purchase order to carry out a TEEP assessment for a local authority customer, I ask myself… is there still a need?

The seemingly endless and repetitive cost to prove the obvious takes me back to just over three years ago, when the industry, local authorities and regulators were in a state of relative panic.

As a leading public environmental service provider, we operate in a world where our customers are driven by increasingly difficult budgetary pressures in procuring and delivering essential services. Left to the market the TEEP solution will naturally occur as a result of competition, which in itself will naturally consider local factors.

I’m not saying that the European Commission report is wrong, just that there is conflicting evidence in the UK. Equally, I’m not here to say commingling is better than any form of separation, all I’m saying is that the recycling market is now sufficiently mature to drive out the best local solution in whatever way the local authority decides to procure.

The regulations came into force in January 2015 at a time when “separate” collection fears were being spread in an evolving MRF industry that was already responding increasing quality expectations created by reprocessor requirements and MRF code of practice compliance. This couldn’t possibly have been considered when Article 3(11) of the Waste Framework Directive was being drafted, (was it’s basis already out of date as the regulation came in?). Commingled MRF output quality was simply having to improve to survive

In a recent article in “the ENDS report” by Conor McGlone it states that “dozens” of English councils are still breaching EU recycling laws, (with particular reference to TEEP implications) as at least 42 authorities have failed to test their collection systems. It states the Environment Agency would continue to engage with authorities as a reminder of their obligations and further scrutinise if required. “Engage and remind” is hardly the enforcement approach that was being envisaged or feared. Why not remove the burden from the EA and allow all authorities to deliver best value collection and recycling systems to suit their own needs.

The assertion in the European Commission Report “Assessment of separate collection schemes in the 28 capitals of the EU” published in November 2015, concluding that strict separate collection “usually leads to better recycling rates”, is far from conclusive and can easily be countered. I would point to evidence published in White Young Greens’ “Review of Kerbside Recycling Collection Schemes in the UK”, which details that;

20 of the top 30 authorities collect fully commingled including glass; 6 collect two-stream with either glass or paper separate glass and only 1 collected all materials separately, including glass;

I’m not saying that the European Commission report is wrong, just that there is conflicting evidence in the UK. Equally, I’m not here to say commingling is better than any form of separation, all I’m saying is that the recycling market is now sufficiently mature to drive out the best local solution in whatever way the local authority decides to procure.

It could be argued that the EA have enough on their plate without trying to enforce something they can’t or aren’t enforcing effectively. As an industry, the Agency’s focus is better placed trying to regulate Illegal waste activity that costs England £1bn a year (ranging from from illegal dumping of household and industrial waste to massive frauds involving recycling fees and landfill tax).

Give our local authorities a break and allow the TEEP solution to naturally occur.