In the wake of news that MEPs have vetoed proposals to change the end of waste criteria for paper, Stuart Pohler of the Confederation of Paper Industries considers what this means for the paper industry and wider European environment.
CIWM Journal Online Exclusive

The European Commission is working hard to encourage further progress within the environmental sector. New end of waste regulations for scrap iron and aluminium were implemented in October 2011, before further regulations for glass cullet came into direct effect in June 2013.

Designed to redefine when used materials cease to be classified as waste and are then regarded as a marketable product or secondary raw material, these new initiatives are perhaps understandable at a time when the UK and wider Europe is working towards its goal of ultimate resource efficiency. 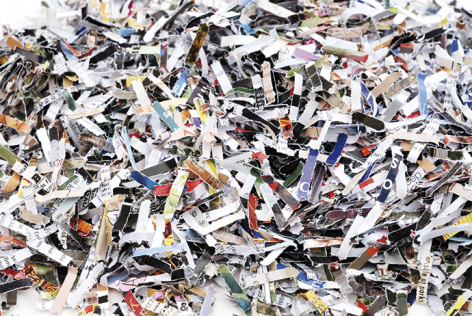 However, when new proposals were announced for the end of waste criteria for paper, this caused a great deal of industry concern. Had the proposal been sanctioned, this would have meant that the “end of waste” status for paper would have shifted from its current position with the reprocessors (paper mills), to the waste management firms or paper merchants earlier in the recycling chain.

Of course, many such organisations adopt a number of quality protocols when it comes to recovering paper. However there are some MRFs in the UK, for instance, that are unable to meet the exacting quality standards required by paper makers. Yet the shifted “end of waste” status would have given these processors greater control, even though baled paper is not “end of waste”.

If paper achieves end of waste status at this early stage of recycling, this could have rendered the environmental and health protection mechanisms of the Waste Shipment Regulations as inapplicable. The fear was that this, in turn, could have resulted in recovered paper being sold with 15 times more impurities than paper product standards dictate. Given the degree of progress that has been made in the industry, it was ludicrous that we would risk taking this backward step.

The Confederation of European Paper Industries (CEPI) knew that the impact on the environment could have been vastly adverse. It was, perhaps, inevitable that recycling rates would have decreased, paper production efficiencies would have fallen and our ability to achieve pollution prevention would have dropped. This goes some way to explaining the reason for the CEPI’s extensive lobbying efforts, which were widely acknowledged across the continent.

Thankfully, strong opposition was raised by European Parliament at a vote in Strasbourg on 10 December, and the proposals were vetoed on the grounds of environmental and health concerns. This is reportedly the first time in history that a piece of environmental legislation has been voted down but, in my opinion, this outcome is very much welcomed.

Of course I am supportive of industry developments that better support the waste hierarchy within the UK and wider Europe. And I understand the European Commission’s on-going efforts to implement regulations for “waste” materials. However, at a time when we are striving to continually evolve, the proposed end of waste changes could have proved disastrous for paper. We cannot lose sight of quality standards – something the Commission readily acknowledges. Paper should therefore be regarded as waste until it has been fully reprocessed at the mills and is a marketable product.

Stuart Pohler is recovered paper sector manager for the Confederation of Paper Industries. He is set to elaborate upon these recent paper sector developments, when he presents at the End of Waste Conference on 30 January 2014. Tickets for the event at 76 Portland Place, London, cost £195. To register, please visit www.regonline.co.uk/EndofWaste2014.