Serco’s business development director for its waste and environmental services business, Robin Davies, looks at the arguments that are being made in favour of local authority trading companies and “teckals”, when it comes to local authority contracts, and asks if competition isn’t ultimately the best driver for value for money 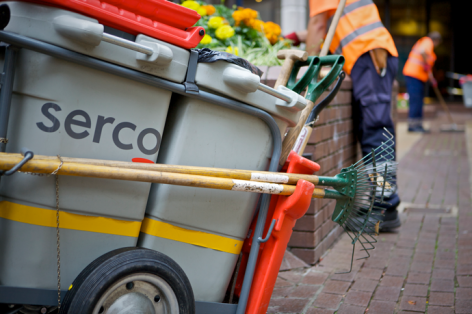 In recent years, outsourcing arrangements in environmental services have been widely challenged and scrutinised, by the press and policy-makers alike. That spirit of challenge is to be welcomed.

It may not always be comfortable for providers, but it’s only right that those seeking to deliver publicly-funded services are held to account, so it’s concerning that the same level of independent challenge and scrutiny does not seem to be being applied when it comes to local authority trading companies (LATCs) and “teckals” taking on services without competitive procurement.

The advocates of LATCs and teckals often dismiss competitive procurement as a costly, drawn out and largely unnecessary exercise, but the truth is quite the opposite. It is competition and contestability which have long been the best drivers of value for money for the taxpayer. It is not the model of delivery (public or private) that is key, but competition and challenge of the status quo which drives the creativity, innovation and transformational improvements local authorities are seeking from services.

This article seeks to scrutinise some of the arguments widely used to justify taking environmental services into LATC and teckal structures.

It does not seek to criticise the motives or drivers for establishing them, which are both understood and accepted, given the challenging financial climate in which local authorities continue to work. But we appear to have lost our way in recognising the benefits of well-managed competitive procurement. What we need now is a “fair field and no favours” approach, where services are regularly and contested and competed, with an open, fair and transparent process to reach the best outcome and delivery model.

There have been a range of arguments made in recent years in favour of LATCs and teckals, each of which deserves to be robustly scrutinised.

Reducing Cost: the argument is often made that taking services into LATCs and teckals saves money, by eliminating the profit margin that an external provider would charge for providing the service. This assertion misses the point that a competitive procurement process invites challenge and scrutiny of the status quo, resulting in innovation in delivery that ultimately reduces costs.

An options appraisal that compares LATCs or teckals with outsourced delivery without the creative process of competition is a huge missed opportunity. It is not whether a provider is public or private that matters, but the process of challenge and scrutiny that drives continuous improvement. 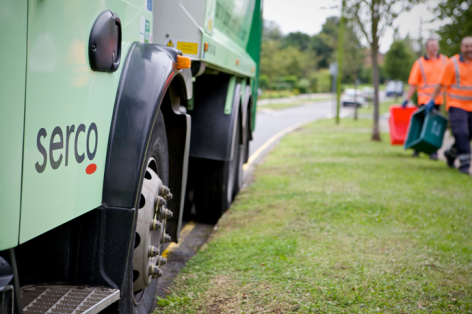 Risk transfer: a lot of people think outsourcing and contracting services is “money for old rope”. The supplier just adds all the costs up and then simply pops a margin on top. But this misconception misses a key feature of outsourced partnerships – the risk transfer that takes place as part of any new contract agreement.

Through a competitive process, LATCs/teckals and private providers can compete to put forward the most innovative and effective solution to the procurement objectives that have been set. These will always feature cost, but may include other important environmental, social and economic outcomes at the same time. The selected provider is then held to account on their performance through commercial and legal agreements that safeguard future delivery.

If they are successful in doing so, they will have worked hard to deliver change and, at the same time, saved the local authority money well in excess of any fee earned. If they do not succeed, then they will suffer financial penalties. The important point is that there has been a transfer of risk to the external supplier, rather than local tax payers.

LATCs and teckals may well be able to challenge the “status quo” from within, but ultimately risk is not transferred outside the local authority to another party. Unfortunately, it is the local Council Tax payer who will ultimately pick up the bill if they fail to deliver on their commitments. A competitively-procured outsourced partnership, by contrast, allows for far greater long-term certainty of costs.

Flexibility: another significant benefit often cited of LATCs and teckals is one of increased flexibility. It is believed by some that longer-term outsourcing relationships are inflexible, and cannot meet the changing needs of local authorities over time.

One of the things we can all agree on is that change is inevitable and to be expected in all walks of life. Those within the waste and resources sector have been faced with some major challenges in recent years, and have risen to the occasion. Outsourced relationships are generally set at periods of eight-to-10 years to align the length of the agreement with the useful life of the vehicle assets involved, which are procured at significant cost. 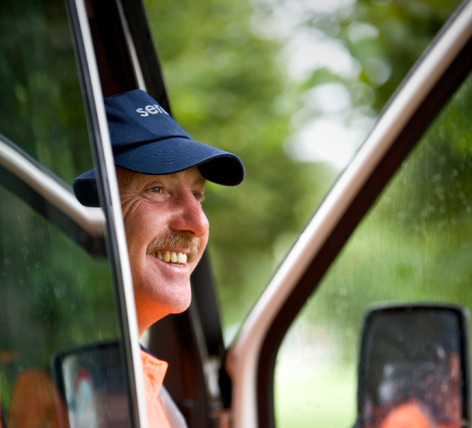 The cost and organisational challenges in re-tooling or disposing of an expensive vehicle fleet are much the same whether it is an outsourced partnership or LATC/teckal delivered operation. But it’s a myth that outsourced relationships are inflexible. Well-procured, outsourced relationships have the expectations of change laid in their foundations, and have in-built contractual mechanisms to allow for new ways of working over the life of the agreement.

What’s more, an outsourced partner who has size, scope and scale of operations around the country should be more and not less able to facilitate that change. They can absorb or redeploy stranded assets and capable people into a bigger and broader organisation, which typically consists of several thousand frontline assets and tens of thousands of staff.

Good contractual mechanisms will recognise this and harness the benefits of outsourced providers’ scale to provide greater flexibility than can be achieved by LATCs or teckals, where there is often no alternative way that assets and people can be redeployed.

Transparency: one of the good things about establishing a contractual agreement with a partner – whether internal or external – is clarity about performance expectations and accountability for that performance.

Local government rightly holds external suppliers and outsourced partnerships firmly to account for their delivery, yet too often I’ve seen a well-organised scrutiny committee rigorously and effectively challenging the performance of the 50 percent of a department’s activity that is outsourced, without similar scrutiny of the other 50 percent, which is directly provided.

A well-designed contract agreement, stemming from an open and competitive procurement process, provides the strongest foundation for transparency and accountability by setting clear performance obligations right from the outset.

Speed of establishment: one of the big arguments made in favour of LATC or teckal-delivered services is the speed with which they can be established. It’s true that a well-planned, carefully considered and effective partnering arrangement can easily take 12 months to establish, but this process is essential if the status quo is to be thoroughly challenged and providers are to be made properly accountable.

Rushing to establish an LATC or teckal with unidentified and uncommitted future benefits is ill-considered. Agreeing such an arrangement without due contestability takes away the incentive to challenge the status quo in open competition. Contestability and competition will incentivise all potential providers to push the boundaries, and enable the local authority to confirm it has received best value for money, regardless of whether the partner is public or private sector. 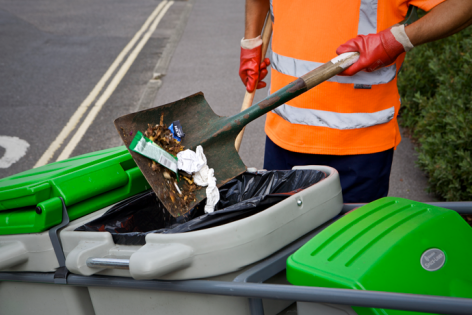 Diversity of ideas and supply: there’s an old saying that transcends generations and political perspectives – two heads are better than one. It’s common sense that a competitive process which draws on a wide range of expertise, capabilities and experience is going to deliver greater innovation and better results than simply opting to go it alone, or picking a single local authority partner to work with, just because they are your neighbour.

Neither the public nor private sectors have a monopoly on good ideas or wisdom; giving different organisations the opportunities to evidence the service, social and financial benefits of their proposed approach in an open and transparent process will ensure that the best of public and private has been properly considered and tested against each other.

Governance: one of the key benefits of a carefully procured outsourced contract is accountability for delivery, which in theory should be politically agnostic and focused on the specific performance obligations agreed between the parties in the contract agreement.

LATCs and teckals are typically set up as limited companies with shareholders and a board of directors comprising senior officers and sometimes politicians from within the local authority. The local authorities pursuing these models need to be very careful that mechanisms are put in place which ensure proper scrutiny and avoid conflicts of interest or inappropriate political influence.

The architects of these models, often industry consultants, talk about wholly owned trading companies being “stood up”, meaning they are given an initial period to establish themselves before having to justify their future existence through competitive procurement.

At the same time I am asked whether Serco or other private sector providers would consider bidding against these organisation for the contracts being procured. The problem with this idea is obvious: where it is an authority’s “own contract” we are being invited to bid on, and where an LATC or teckal has a management board made up of an authority’s senior officers and elected members, there are clear conflicts of interest to consider.

Conclusion: The Power of Challenge

This article sets out to make the case that competition and contestability are key to delivering best value for money. Organisations that are genuinely agnostic will value the variety, ideas and breadth of experience that both public and private sectors can provide.

This only way this can be truly tested is through a genuine competitive process, where the chosen delivery partner is properly scrutinised and then held to account for its performance. In short, we should never underestimate the power of challenge.

Do you agree with Robin? Either way, post your comments below or email the editor on editor@ciwm.co.uk