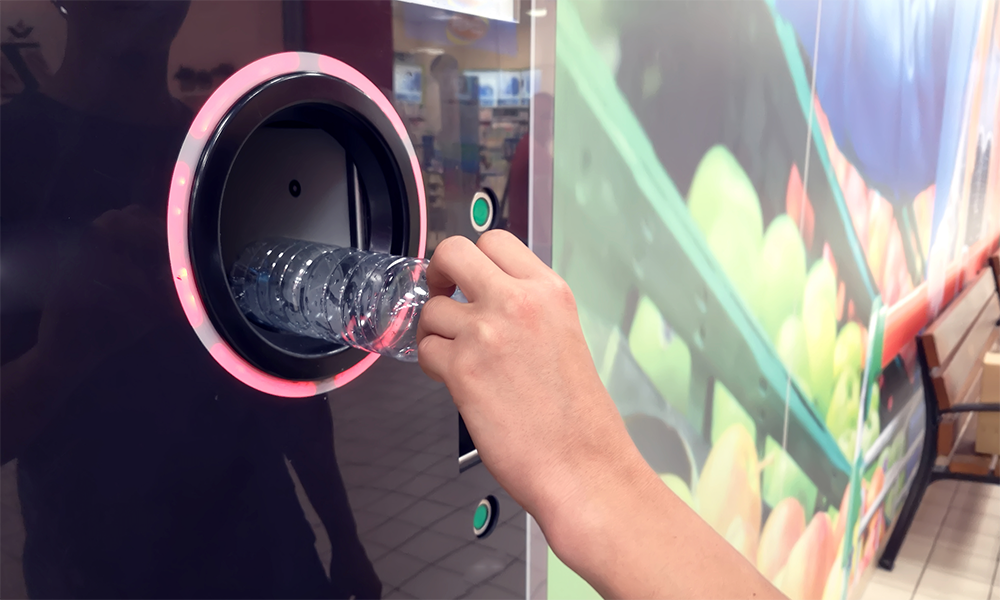 Jill Farrell, director of customer engagement and communications at Zero Waste Scotland (ZWS), looks at why ZWS believes it’s important to give people a “clear incentive” to return all their empty bottles and cans, regardless of material or size.

As we chart our recovery from the coronavirus crisis, it’s important that Scotland puts in place measures to help us avoid future crises. One of the most pressing threats is the climate emergency.

Last year, Scotland joined a host of other nations in declaring a climate emergency. Our response to this threat of climate change must be evidence-led.

That’s why Zero Waste Scotland has been supporting the Scottish Government in the design and implementation of Scotland’s Deposit Return Scheme, an initiative that is set to reduce Scotland’s CO2e emissions by around 4 million tonnes over 25 years.

The scheme that goes live in summer 2022 will be the result of considerable research and consultation. While Scotland will be the first part of the UK to introduce a deposit return scheme, it’s an idea that works successfully in countries across Europe and beyond.

A single deposit level of 20p for all included drinks is straightforward. It’s also consistent with the results of the public consultation.

That evidence base put Scotland at a real advantage in designing its scheme. The lessons from international schemes are overwhelmingly positive. In Scotland, we go through more than two billion drinks containers every year.

While the recycling rate varies from material to material, little over half of all containers are recycled. By contrast, the best performing schemes capture 90% of target materials for recycling.

That’s streets ahead of the recycling levels for even the highest performing materials in Scotland and we should be aiming to replicate that success.

The materials included in the scheme are glass, plastic, steel and aluminium. The aluminium industry has been right in pointing out the positive environmental qualities of aluminium. It is a great material from a climate perspective – it’s light, durable and can be recycled over and over again with no loss in quality.

Scotland’s Deposit Return Scheme will mean even more aluminium is recycled. We estimate there will be an additional 9,000 tonnes of steel and aluminium recycled each year. That additional recycling will in turn reduce Scotland’s emissions by more than 75,000 tonnes each year.

Getting the deposit level right has been a crucial consideration in making sure we unlock those benefits. The role of the deposit is to provide a financial incentive to encourage individuals to return containers to the scheme.

A deposit of 20p on each container was identified as the lowest value that is likely to achieve this while minimising impact on lower-income groups.

Making sure that people aren’t out of pocket drove another key consideration of the scheme design – accessibility. We expect to see 17,000 return points across Scotland. That means it will be just as easy to return a drink as it is to buy one in the first place. Ease of return will make getting your deposit back simple – and help to reduce impact on consumer choice.

Another key consideration was simplicity. Deposit return will be brand new to a large proportion of the Scottish population; therefore, it has to be simple to be successful.

A single deposit level of 20p for all included drinks is straightforward. It’s also consistent with the results of the public consultation.

More than half of respondents to the Scottish Government consultation suggested deposit levels of 15-20p. The overall median deposit suggested was 20p.

There are calls for a variable deposit, depending on either the size of container or the material used. However, this approach runs the risk of giving the message that it’s more important to return some items than others.

We need to give people a clear incentive to return all their empty bottles and cans, regardless of size.

There are over 40 countries and territories around the world with a deposit return scheme. Of those, the majority have a flat deposit, including successful schemes like Lithuania and Estonia.

We need to give people a clear incentive to return all their empty bottles and cans, regardless of size.

But what does that do to consumer behaviour? There is currently limited evidence from other schemes which suggest widespread change in material preferences as a result of deposit return.

In contrast, there is plenty of evidence of the continuing rise of can sales in countries that operate deposit return schemes, and overall market trends are favourable to aluminium.

For example, cans are increasingly popular with craft beer suppliers, due to extended shelf life for the product and consumer preference.

One of the key changes that was introduced to the regulations following feedback from stakeholders was the introduction of a review date.

The Scottish Government will carry out a scheme review in 2026 and produce a report for the Scottish Parliament. One of the three areas they will review will be the deposit level (alongside the materials included in the scheme and the collection targets).

We feel that the balance of evidence is very much in favour of a single deposit level of 20p. However, if there was evidence that the deposit level – or any other part of the scheme – was not operating as effectively as anticipated, that review would be a chance to address that.

We’ve already come a long way on recycling in Scotland and sectors like aluminium have been a big part of that story. We are confident that Scotland’s Deposit Return Scheme will help take that progress further as we bring our use of materials in line with our climate ambitions.