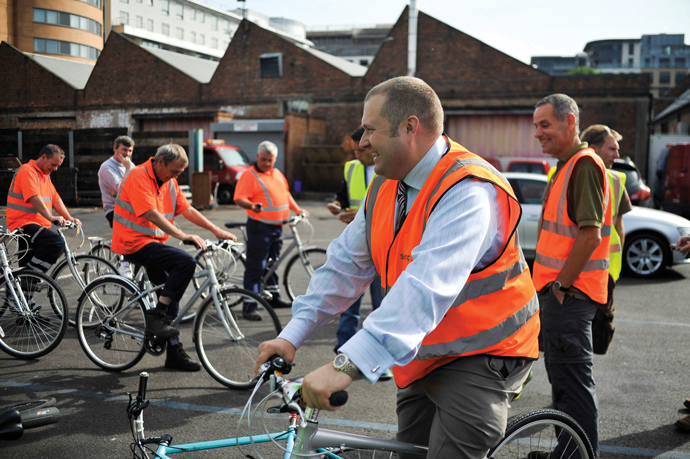 Despite our best efforts, our sector remains one of the most dangerous occupations in the Country. Collectively we employ about 0.6 percent of the workforce but are responsible for about 3 percent of reported accidents, and last year we reported 12 fatalities.

We all share a deep sense of loss when there are reports in the press about accidents that are avoidable given the right focus and energy in relation to safety.

Our commitment to keeping our own people and the public safe goes beyond a moral obligation and simply makes good business sense. Organisations that invest in safety are able to enjoy the benefits of fewer work-place accidents and less lost time working through lower operating costs and better staff engagement.

My own organisation works across many different market sectors (including waste), many of which are hazardous or public-facing, and has, over many years, continuously invested in safety as part of its commitment to minimising the risk of accidents and injury both to our own people and the general public.

In early 2014 Serco was awarded its fifth waste and recycling collection contract with a London borough, bringing with it the additional hazards and risks associated with operating in a bustling and congested 24/7 environment.

Last year a number of avoidable and high profile fatalities involving large goods vehicles (LGVs) highlighted the dangers of cycling in England’s capital city, accompanied by alarming statistics which revealed a 50 percent increase in cycle-related accidents over the last five years. This was followed in early 2014 by a Mayoral announcement pledging £300m of investment across 30 major road junctions in an attempt to make the capital a safer place for its cyclists.

It Needs More Than Just Investment

But improving the safety of London cyclists requires more than investment in road modifications and needs to address the underlying issues of awareness, visibility and vulnerability of cyclists both to themselves to other road users, and particularly large vehicles such as waste and recycling freighters.

Collisions with LGVs typically account for over 20 percent of all cycling fatalities, 50 percent of which take place in London despite LGVs accounting for less than 5 percent of all London traffic. One of biggest problems is that LGV drivers often simply don’t see cyclists when making left turns, leading at best to a near miss and, at worst, catastrophic consequences.

The problem with early attempts to address the problem is that some vehicles were fitted with warning systems that permanently operate when a left turn signal is creating unnecessary noise to all road users and de-sensitising drivers to real potential incidents. 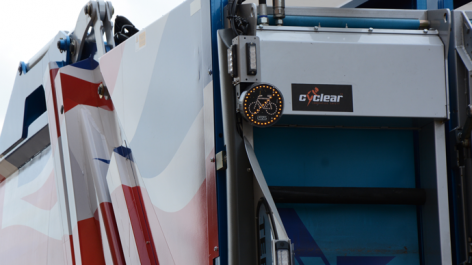 Over the past 12 months Serco has been working closely with technology partner, Cyclear, to develop a new cyclist safety system that will be fitted to all its London waste vehicles during 2014 and 2015. The system uses vehicle mounted sensors to recognise cyclists to the left of the vehicle providing both the cyclist and driver with clear visible and audible warnings. The system works both at road junctions and when the vehicle is both moving and changing lanes.

Alongside the investment in and deployment of this new technology all of its refuse and recycling teams have received toolbox safety talks in order to increase awareness and highlight the dangers that the waste collection services present to both cyclists and other road users.

Some of the statistics published during Cycle Safety Week (last June) highlighted that we still have a very long way to go in improving cycle safety, both inside and outside of London. New vehicle technologies like this, Cycle Safety Week and better awareness amongst cyclists and road users are important early steps in really getting to grips with this important issue.

Serco is pleased to have been shortlisted in the Health & Safety Best Practice category of the CIWM’s UK Sustainability & Resource Industry Awards for its work in recognising and promoting better Cycle Safety across London. Visit www.ciwmwards.com for more information, to book a table at the event and the full list of finalists for 2014

How disability can help STEM progress