Reports from the Institute of Grocery Distribution indicate that an agreement between UK supermarkets on a standardised method of reporting food waste rates could soon be reached. Here, Philip Simpson, commercial director at ReFood UK, discusses what such an agreement would mean for the UK’s grocery retail industry. 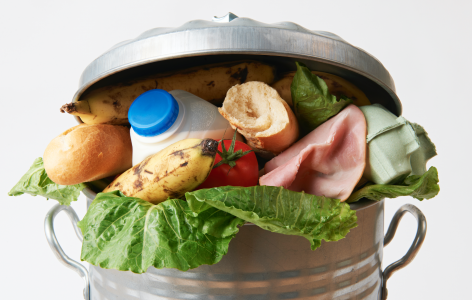 The indication from the IGD is that a standardised methodology for UK supermarkets to report food waste figures is close to being agreed. This is exciting news for a sector which is already leading the war on waste. Currently, the majority of grocery retail chains elect to report aggregate food waste figures through industry bodies – resisting calls to publicise annual individual waste rates.

However, several industry leaders have adopted the publication of individual food waste figures. Tesco became the first supermarket chain in the world to release a third-party verified report into its supply chain food waste in 2014, with Sainsbury’s following suit and publishing details of its in-store waste in 2016.

In both cases, this had a measurable impact on the amount of waste generated by the businesses. Indeed, less than 1% of food which passes through the Tesco supply chain now goes to waste, while Sainsbury’s, as part of an innovative partnership with ReFood UK, now diverts unavoidable food waste from landfill to anaerobic digestion (AD) facilities nationwide. This has resulted in the generation of enough energy annually to power 5,000 homes – equating to 10% of Sainsbury’s entire national gas consumption for the year.

Sitting at the heart of the supply chain, supermarkets have a pivotal role to play in driving down food waste. Increased transparency on the amount of food going to waste is a crucial first step.

If all supermarkets were obligated to provide a report into their individual waste rates, it would encourage them to identify potential spikes across the supply chain – and take action as necessary. We’ve seen first-hand the fantastic results achieved by supermarkets which chose to publish their figures, and it would be great to see this rolled-out further across the industry.

The UK’s supermarket mix has seen incredible diversification over the past decade, with the rise of the discounters and increasing prevalence of express stores. By taking a proactive approach to publicising – and acting on – their waste figures, the country’s biggest retailers can use their influence to encourage a wholesale attitude to food waste – right across the sector.