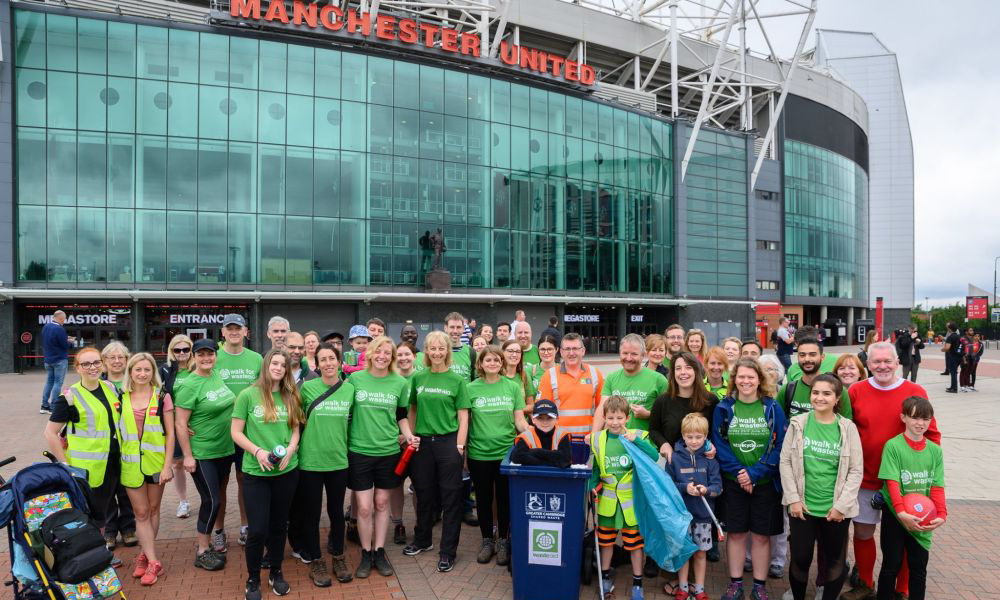 The end of the summer is a good time to reflect on what has been a marathon few months at WasteAid, says Zoë Lenkiewicz, head of programmes and engagement.

The UK Aid Match appeal was a great opportunity to flex our fundraising muscles. This was our first major public-facing fundraising campaign and a strong learning opportunity for the WasteAid team.

The three-month campaign raised money to fund the development of a plastics recycling training centre in the coastal city of Douala in Cameroon, with all individual (not corporate) donations being matched by the UK government.

While we have communicated a lot with the waste management sector, this was our first solid attempt at gaining a wider supporter base for our work. We found that communicating the benefits of waste management in lower-income countries to a broad cross section of the British public is quite a complex challenge.

Plastics are very much in people’s mind but there is a general lack of clarity about the sources of this waste and the public health reasons for sustainable waste management. Preventing marine litter provided a simpler narrative and so we led with this; followed by an explanation of the how: training people in poverty to recover value from waste plastic.

The campaign was hugely successful in terms of attracting a large number of first-time donors and raising money for the training centre in Cameroon. The Department for International Development is now assessing our figures before we can announce the final amount raised.

The campaign was of course given a huge boost by our friends and colleagues in the waste management sector and we’d like to take this opportunity to express our gratitude.

Imaginative ideas came to the fore, with an auction of honey by waste PR consultant Carolyn Cross and an auction of fantastic promises organised by the Environment Agency’s Judy Proctor, which involved colleagues from the Met Office, Defra, Animal Health and CIWM SW*.

There were also plenty of industry events that fundraised for the appeal, including the Waste World Cup, the National Recycling Awards and of course our own Walk for WasteAid.

Waste and recycling company Biffa, which launched its Proud Partnership with WasteAid in May, showed an enormous amount of support for the UK Aid Match campaign. Biffa employees helped organise the Manchester Walk for WasteAid and through various activities raised an incredible £30,000 towards the final amount – all of which will be doubled by UK government.

Jane Pateman, director of HR at Biffa said: “We are delighted to be supporting WasteAid and that our teams across Biffa are so enthusiastic in their support for this charity, who are making a real difference in their projects around the world.”

The Walk for WasteAid, from Old Trafford to the Etihad Stadium in Manchester, attracted a large team of supporters and led to more creative fundraising ideas. Trevor Nicoll from South Cambridgeshire District Council towed a wheelie bin the entire length of the route and WasteAid trustee Ray Georgeson dribbled a football in a custom-made Manchester United / City kit.

Long-time sponsors and friends of WasteAid, Sophie Walker and Tom Passmore of Dsposal provided zero-waste snacks for the walkers which certainly came in handy along the 24km route.

Next up is RWM exhibition in Birmingham, 11 and 12 September. WasteAid will be at stand W82, with a fascinating photo exhibition that’s not to be missed. We will be displaying striking photos of the plastic pollution problem in Douala, Cameroon, as well as some of the highlights from our recent global photography competition, The Wonders of Waste.

Judging of the competition will take place in October and the winning images will form the 2020 WasteAid calendar. Pre-order yours at WasteAid stand this September and please speak to one of the team about sponsorship opportunities!

During the exhibition, Mike Webster will deliver a presentation on the very important role that waste managers play around the world, and the importance of waste management for global development. While marine litter provides a simplified and relatable message, the public health and sustainable livelihoods outcomes are equally valuable, and Mike will be exploring this in his informative talk.

Our stand at RWM will be stewarded by a number of WasteAid volunteers from the sector, so look out for familiar faces in green t-shirts and come and say hello. WasteAid’s volunteer coordinator Leanne Trow of Frith Resource Management has organised the team and will be delivering a very visual presentation from our Eyewitness campaign.

People have submitted personal accounts from across the globe of what life is like with no waste management. Catch Leanne’s presentation to gain a deeper insight into the particular challenges WasteAid is seeking to tackle, as well as the low-down on volunteering opportunities.

Fundraising activities are welcome throughout the year so please speak to Mike or Leanne to find out more.

At the April meeting & AGM of the CIWM South West (SW) Centre, centre councillors Yvonne Pearce and Ian Poyser launched the SW Centre fundraising campaign in support of WasteAid and its vital work in the Cameroon through its Widening the Net campaign.

Yvonne said: “It all kicked off a 2-3 weeks before our AGM meeting in April. I was thinking about running another raffle or similar and contacted WasteAid’s Zoe Lenkiewicz. She told me about the new plastics recycling training project in Douala, Cameroon, capturing ocean bound plastics, and that Wasteaid had secured UK Aid match funding.

“So, although we had a busy programme of presentations, Hannah our chair and Mark our secretary gave me a little slot to give a short presentation. In the meantime, Ian Poyser our ex-chair had set up a Just Giving page and the message had got out to the SW Environment Agency and the ball then started rolling.

“All sorts of individual and office funding raising donations started flowing in. Ian also ran a half marathon to raise funds for the charity.” 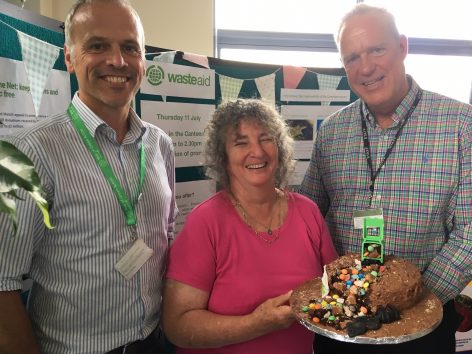 The Environment Agency and the CIWM South West centre also held an “auction of promises” to raise funds for the charity.

“We saw this as not only a great cause but one that really resonated with our work to reduce plastics entering our environment. Providing a sustainable self-help community facility to enable the people of the Cameroon town of Douala to tackle their plastic waste, earn valuable income and make useful building materials got everyone inspired.”

Money was raised in several ways, ranging from baking cakes for team meetings, selling unwanted items, to (its biggest success) – an “auction of promises” held in thier lunch hour in Exeter.

Colleagues from across the Environment Agency, the Met Office, Defra, Animal Health and CIWM South West joined together to raise £1,300 in just one hour, which will be doubled by UK Aid Match.

“The promises ranged from people offering home-grown and homemade produce, wildflower seeds from our own wildflower patch, windsurfing lessons and offers of holiday accommodation,” Judy said.

Harvey Bradshaw, Executive Director of Environment & Business for the Environment Agency was keen to lend his support and successfully bidded for the fabulous WasteAid cake (pictured above). 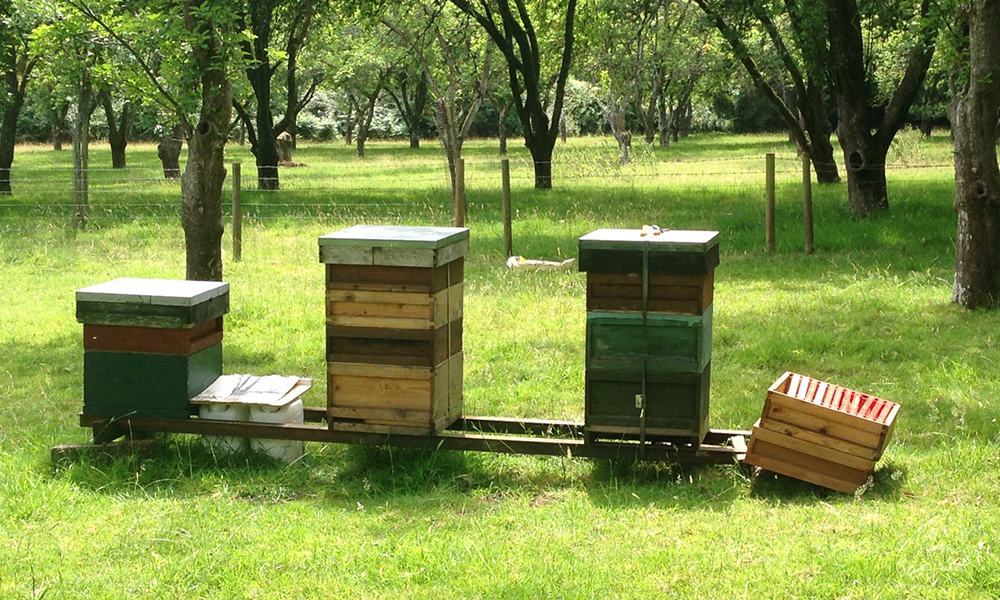 A year’s supply (15lb) of apple blossom honey from an apple orchard that used to belong to Coates Cider – dontated by Carolyn Cross – was won by Peter of Worthing, who very kindly offered to split the prize. The second prize winner was Maggie of Pembrokeshire.