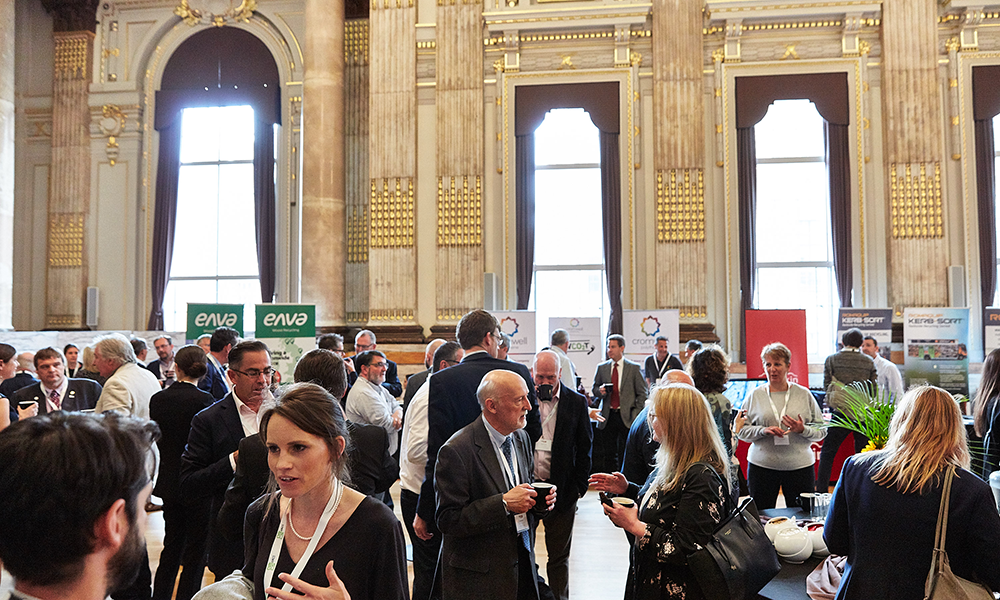 Circular Online’s digital editor, Darrel Moore, looks at the ten things he took away from this year’s Resourcing the Future conference (RTF) 2019.

Resourcing the Future, the joint conference between CIWM, the ESA, the Resource Association and WRAP, serves as a unique testbed for topics and issues, and as a temperature check for views, as Viridor’s Dan Cooke pointed out when summing up the event.

With this in mind, here are the ten things that, for me, stood out as being particularly relevant in gauging where the resources and waste sector is “at” presently.

And, importantly, where exactly does this mean it might be heading.

During the two-day conference, government announced that greenhouse gas emissions in the UK will be cut to net zero by 2050, under the terms of a new plan to tackle climate change.

With this as the political backdrop, it seems right that this year’s RTF, more than any other (at least, any that I’ve attended – which makes seven now) more discussion was had around the impact of waste in terms of its carbon impact.

Dr Colin Church, former CIWM CEO and current chief executive of IOM3, when talking about the recent Resources and Waste Strategy published by Defra, said the biggest “lack” from the strategy is a “whole value chain” approach for materials at the very beginning of their life, all the way through the cycle.

The strategy should be more ambitious with the “resources” as well as the “waste” part of the title, he said.

He said this was important in reducing the amount of carbon in the atmosphere and that a lack of resource efficiency may mean the UK could struggle to meet carbon reduction targets.

The carbon impact needs to be assessed when making what, on the face of it, appears to be a resource-conscious decision. For example, he posed the question of whether it’s right to simply swap a plastic product with paper or card when this could have a greater impact on the carbon footprint.

“We need to be careful of whole impact,” he said.

2. Is textiles the new plastics?

During a panel debate on how extended producer responsibility (EPR) for packaging was taking shape, Dr Adam Read, external affairs director for Suez and CIWM junior vice president, asked whether textiles is the new plastics.

He said the public aren’t ready to move on from plastics just yet – but the impact of textiles waste and its carbon footprint is starting to get people’s attention. Textiles is an “important issue”, he said.

Adam outlined a project Suez is undertaking to recycle and reuse corporate wear, and said we can expect a report from Suez on the subject of textile waste soon.

His comment came just hours after two new grants were unveiled by government to fund capital infrastructure projects in England – aiming to help to drive up the recycling of plastic packaging and… textiles.

Should we be getting Adam to pick our lottery numbers?

“Waste structure in England needs fundamental reform”, said Anna McMorrin MP, who chaired a panel debate on day one of the event.

Her comment was in reference to waste exports and that a portion of this is making its way into the natural environment – as Greenpeace found in Malaysia.

This message was also touched upon in the keynote address of the Environment Agency’s chair, Emma Howard-Boyd. She said the UK can no longer pass its waste onto other countries and assume that it’s being properly disposed of.

Speaking to delegates, she said: “The UK must have the right waste infrastructure to make it easier for businesses and others to do the right thing.”

We need to understand the composition of future waste in order to really understand the type of waste infrastructure we’re going to need, said senior policy advisor for the Green Alliance, Libby Peake, looking at secondary materials markets on day two of the conference.

The ESA’s Jacob Hayler said the UK will be generating 20 million tonnes non-recyclable waste in 2035 and the UK currently has enough energy from waste capacity to deal with 12.5 million tonnes.

Resources minister Therese Coffey said there will be no more waste infrastructure investment, he said, adding, “I think she’s wrong”.

5. There’s jobs in them there hills

In response to an audience question, Defra’s Tom Murray said any changes resulting in the Conservative party leadership race are unlikely to disrupt policy momentum built up through the Resources and Waste Strategy.

He said: “Obviously, changes in the ministerial team create uncertainty. Changes at the top, the Prime Minister creates uncertainty. But what I think we have in the Resources and Waste Strategy is a significant commitment across government, which has been done in the last six months.

We have something progressive and people are complaining about elements. Do we want something better or nothing at all?

“My personal view is that it would be difficult not to continue with the same momentum that we have. Obviously there are things that we need to go through as government, be it spending reviews and things like the Environment Bill but we will continue to push forward as hard as we can to delivering.”

“Aluminium is the perfect material for the circular economy” said Alupro’s Rick Hindley. He announced three out of four drinks cans were recycled back into aluminium products last year – and for the first time over 100,000 tonnes of aluminium was collected for recycling.

Rick spoke in the session “Secondary materials markets: challenges and opportunities”. The session explored what trends and developments are shaping global markets for secondary materials, and what is needed to create more UK market demand for recycled materials.

Later in the same session, Rick Hindley said the negative press around plastics in the natural environment and recent reports of waste exported from the UK being sent back, could be undermining the recycling effort.

He said if people believe the material they sort for recycling isn’t actually being recycled, they may stop bothering.

This could be an unintended side-effect of the increased publicity around plastic waste.

360 Environmental’s Phil Conran said it certainly isn’t “beyond the wit of man” to have more integrated reporting of waste.

The comments came in a session that looked at the range of initiatives currently underway to improve data on waste and secondary materials to support resource efficiency, develop early warning protocols to prevent waste crime and tighten up on waste exports.

Data was highlighted as a prevalent topic through the conference, being mentioned in every session over the course of the two days.

With this came the question of whether to move on from weight-based reporting.

Defra’s Tom Murray said Defra is conducting research on what would happen if reporting was moved to a carbon or natural capital approach.

10. Is perfection the enemy of good?

Looking for perfection might stop us from getting something good, was the message from Richard Kirkman, chief technology and innovation officer for Veolia.

Speaking on the Resources and Waste Strategy, Richard said everyone is looking for a “perfect solution”, but there’s always going to be compromises.

“We have something progressive and people are complaining about elements. Do we want something better or nothing at all?”

He said if the resources and waste industry wants government to listen then it needs to align on what is required rather than focus on what doesn’t work.