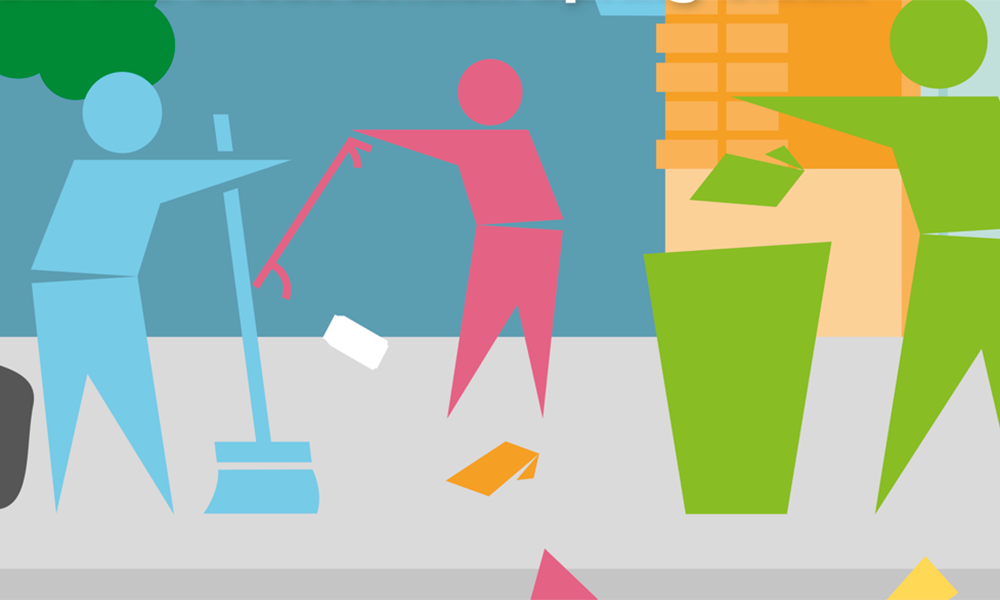 Keep Britain Tidy Chief Executive Allison Ogden-Newton OBE reflects on the ongoing success of their Great British Spring Clean campaign and its place in the ongoing war on litter.

They answered the call from our environmental charity Keep Britain Tidy and Great British Spring Clean campaign in numbers that far exceeded our expectations.

Between them, these amazing volunteers picked up more than 4,000 tonnes of litter – enough to fill 239,300 wheelie bins.

The 2020 campaign is now underway, following a successful launch in Parliament, and within 72 hours more than 50,000 volunteers had signed up with more than 1,000 events already registered – all nearly two months before the campaign proper kicks off on March 20th.

If we really focus our efforts on pushing through a bold and strategic approach to tackling litter, we might find that we can really make progress and realise our vision of a litter and waste-free society.

This highly successful campaign has become a phenomenon but is just one part of Keep Britain Tidy’s strategic approach to eradicating the problem of littering that blights our country.

Indeed, Keep Britain Tidy has been campaigning on the issue of litter since the 1950’s when the Women’s Institute passed a resolution to tackle the emerging problem of litter and in doing so founded our charity. Even in an era before fast food, the farsighted members of the WI saw that there was a litter problem that needed addressing.

Fast forward six decades and the epidemic of plastic resulting from our every-increasing consumption has become a global environmental issue. Litter blights every corner of our planet and in this country alone costs us the best part of £1 billion every year to clean up. 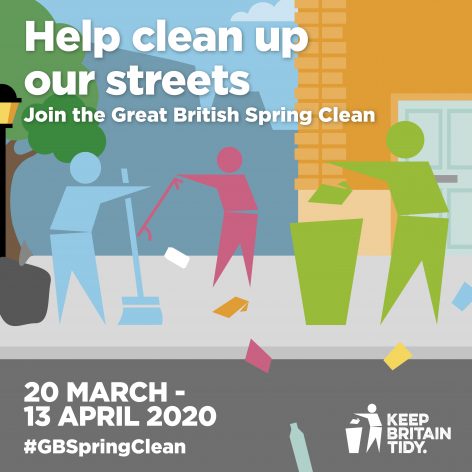 Plastic litter is not stopping on the land though. It is estimated that 80% of marine litter comes from the land and ends up blighting every corner of our oceans, even Antarctica, breaking down into a plastic soup that we now know has entered the food chain by being ingested by marine species.

Global environmental issues can seem to big and too scary for most people – after all, what difference can one individual make?

The Great British Spring Clean answers that question. It takes individual local action and catapults it on to the national stage, bringing together all the other amazing clean-up activities taking place around the country. All those who care about the issue have the opportunity to do something and, by doing it at the same time linked by media and social media, see that all those individual actions add up to something of substance.

Nothing sends a stronger message about what decent people feel about litter than the sight of communities up and down the country mobilizing to take action – small acts by individuals do make a big difference.

Obviously, the campaign itself is only one aspect of our ongoing work to end the blight of litter pollution.

We know successful behaviour change is only achieved by identifying the key factors. So, with the publication of the government’s National Litter Strategy and the commitments made to a Deposit Return Scheme and Extended Producer Responsibility on packaging in their Resources and Waste Strategy, together with effective behaviour change, there is a real chance of making progress over the next few years.

These changes, when set alongside targeted campaigns, education in schools, creative solutions, good, well-designed infrastructure and, of course, robust and consistent enforcement will hopefully start to make a real difference.

However, we believe that a key first step to raise awareness of the issue is to make people take notice. This is particularly important with children, and we find that nothing is more effective than doing a litter-pick for the next generation to see and understand the impact of litter on our environment. It is also a great way of showing them that they can make a difference – and a highly visible one – quite quickly.

It is the beginning of a conversation, the start of a movement rather than an end in itself. If we really focus our efforts on pushing through a bold and strategic approach to tackling litter, we might find that we can really make progress and realise our vision of a litter and waste-free society.

To find out more about the Great British Spring Clean and Keep Britain Tidy visit www.keepbritaintidy.org