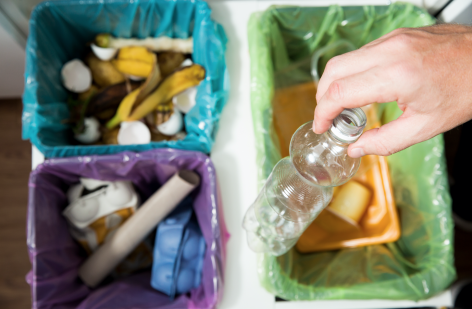 Confusion around what plastic packaging can and can’t be recycled is impacting our efforts as a nation to “go green”, despite the appetite for change. That’s according to new research published today (20 April) by Ecover.

Among its findings, the study – released ahead of Earth Day (Sunday 22 April) – found 1 in 10 says not recycling should be a “criminal offence”.

The results show 7 in 10 Britons are confused, wrongly believing that cling film (65%) and laminated pouches (71%) are recyclable, Ecover says.

When in doubt, over a third (37%) throw packaging into general waste and over a quarter (28%) are unsure of what to do with packaging that is only partially recyclable.

The sustainable cleaning product brand says the British public is calling for “a range of measures” to improve education, transparency and choice.

The results show 7 in 10 Britons are confused, wrongly believing that cling film (65%) and laminated pouches (71%) are recyclable, Ecover says.

These include labelling on products to show the level of recycled content and recyclability (54%); bottle deposit schemes (53%); more education on what can be recycled (45%); plastic-free aisles in supermarkets (42%); plus, industry experimentation into bio-based alternatives to plastics (40%).

Calls for action come as environmental concerns increase across the UK. Three quarters of British people (75%) are concerned about plastic in our oceans, while two-thirds (66%) worry about plastic affecting wildlife. But the big new concern is human health – 39% of us are now anxious about the presence of micro plastics in tap water and plastic in the food chain.

The study also shows that British people are now so switched on to helping the environment that they would be prepared to part with £208 more for their shopping each year if all the packaging was recyclable. And those aged 18-24 are prepared to pay three times as much as the over 65s.

After watching the series, one in five (20%) say they started using reusable shopping bags, 16% try to make more effort recycling at work or at home and around one in eight (13%) say they switched to products with less packaging and now refuse plastic straws at bars and restaurants.

Over a third (36%) believe Britain should hold industries to account, using fines or tax to encourage them to take responsibility. Almost half (48%) believe the duty to produce sustainable packaging lies with brands and manufacturers and 30% believe it falls to the Government.

More than half (54%) would like to be able to buy products that don’t rely on plastic packaging, and 83% say they would use product refills if they were more widely available.

This study was conducted by Opinium and conducted online with 2,007 adults between 29 March and 3 April 2018. Results have been weighted to nationally representative criteria.