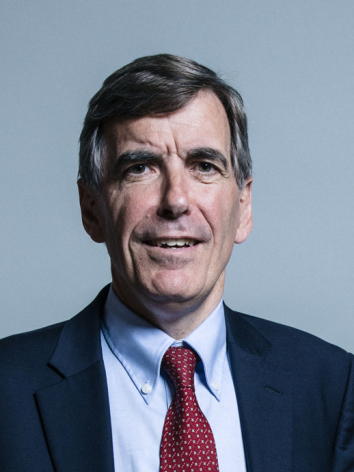 Defra has issued a statement in which it confirms that David Rutley MP has been temporarily appointed to replace Thérèse Coffey MP as the Parliamentary Under Secretary of State, as she recovers from a “period of illness”.

Defra stated: “The Queen has been pleased to approve that David Rutley MP and Nigel Adams MP be appointed Parliamentary Under Secretaries of State at the Department for the Environment, Food and Rural Affairs and the Ministry of Housing, Communities and Local Government respectively.

“Both roles are unpaid and are in addition to their current roles as Government Whips.

“Nigel Adams MP has been appointed temporarily to provide support so Heather Wheeler MP can spend more time with her husband who has health issues.

“David Rutley MP has been appointed temporarily whilst Thérèse Coffey MP recovers from a period of illness.”

Rutley was first elected as the Member of Parliament for Macclesfield at the general election of 2010, and was re-elected for the second time in 2017. In June 2017 he was appointed as a Government Whip.

From July 2016–June 2017, he was Parliamentary Private Secretary (PPS) to the Home Secretary and, prior to that, from May–July 2016, David was PPS to the Secretary of State for Work and Pensions. David has also been PPS to the Minister for Europe (2014–15), the Minister for Policing & Criminal Justice (2012–14) and the Minister for Immigration (2010–12). Before being appointed a PPS, David served on the influential Treasury Select Committee.

Before his election to Parliament, David spent most of his career in business and worked as a senior executive in major companies, including Asda (where he ran the Home Shopping and E-Commerce businesses), PepsiCo International, Halifax General Insurance and Barclays. From 1994-1996, he worked as a Special Adviser at the Treasury, the Cabinet Office and the Ministry of Agriculture in John Major’s Conservative Government.

Biography as listed on www.davidrutley.org.uk
Image courtesy of Wikimedia Commons

Defra urged to back long-term, sustainable recycling solutions – not focus solely on DRS