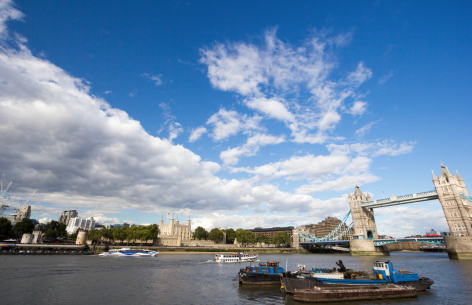 The Environmental Services Association (ESA) has said it is “perplexed” a report published by the London Assembly Environment Committee, which it says which criticises energy from waste (EfW) without offering any solutions.

The report, published yesterday (15 February), states two million tonnes of London’s waste was sent to EfW facilities last year – more than doubling in the last decade. It says as the city strives to be greener and more sustainable, “urgent change is needed to stop recyclable and biodegradable material being incinerated”.

ESA’s executive director, Jacob Hayler said: “Energy from waste has an important role to play as we transition to a circular economy.

ESA – “We are baffled how the report so readily highlights the treatment capacity gap in London while simultaneously criticising EfW operators and offering nothing in the way of solutions.”

“The increase of the amount of London’s waste sent to EfW in the last decade is a success story; this is the waste left over after recycling which would otherwise be sent to landfill.

“Instead it has been put to a further use to generate low-carbon electricity and heat for homes and businesses in the capital, thereby upholding the principles of the circular economy.”

“It is incredibly disappointing that the London Assembly Environment Committee has overlooked this.

“We are perplexed how the Committee sees EfW as a hindrance to recycling, despite the overarching evidence to the contrary. And we are baffled how the report so readily highlights the treatment capacity gap in London while simultaneously criticising EfW operators and offering nothing in the way of solutions.

“The Mayor and the GLA cannot afford to overlook the importance of EfW in a holistic approach to waste management. We hope that the final report going to the Mayor next month has some actual policy recommendations grounded in reality and addressing the big challenges London faces.”

The Renewable Energy Association (REA) welcomed the report but cautioned against the “strong tone” taken against EfW.

The REA represents a wide breadth of the renewable energy economy, from solar and energy storage to bioenergy. The Association says it is highly supportive of UK-wide separate food waste collections and following WRAP’s waste hierarchy, but feels strongly that the benefits of modern energy to waste are consistently misunderstood and confused.

Mark Sommerfeld, Policy Analyst at the Renewable Energy Association said: “While the London Assembly’s ambition to increase recycling rates in the capital is to be welcomed, and the suggestions on biogas and the circular economy commendable, their report somewhat misses the mark on energy-from-waste.”

REA – “Energy from waste has a crucial role to play at the end of the waste hierarchy, ensuring that the amount of waste going to landfill is minimised…”

Expanding, Mr Sommerfeld said: “Energy from waste has a crucial role to play at the end of the waste hierarchy, ensuring that the amount of waste going to landfill is minimised and that we are able to recover energy in the form of power and heat, as well as using advanced conversion processes to produce transport fuels and green chemicals for the capital.

“London must focus on increasing recycling rates through ensuring local authorities are able to invest in new recycling infrastructure and separate collection systems, while making it as straightforward and standardised as possible for consumers to recycle their waste.

“This includes ensuring we are making the most of the substantial volume of food waste being produced by the city that should be going to anaerobic digestion for the production of renewable power, heat or green gas for transport.

“This will ensure we make the most of this valuable resource which is only set to increase as London grows.”

The report states that because not all London boroughs offer separate food waste collections, food waste is being burnt rather going to other processes which are more environmentally beneficial, such as AD, which recycles food waste into renewable energy, low-carbon transport fuel, and nutrient-rich biofertiliser. The report describes anaerobic digesters in London as “under-utilised”.

ADBA – “The government has set itself a target of diverting all food waste from landfill by 2030, but it will find this target impossible to meet without separate food waste collections.”

Charlotte Morton, chief executive of ADBA said: “Today’s report rightly recognises that burning waste not only contributes to London’s urgent air pollution crisis but also fails to extract maximum value from what we throw away.

“Local authorities sending waste to incineration currently have no incentive to encourage householders to separate their recycling, while introducing separate food waste collections would allow food waste to be properly recycled through AD, producing not only renewable heat and power and low-carbon transport fuel but also nutrient-rich biofertiliser, vital to restoring the UK’s depleted soils.