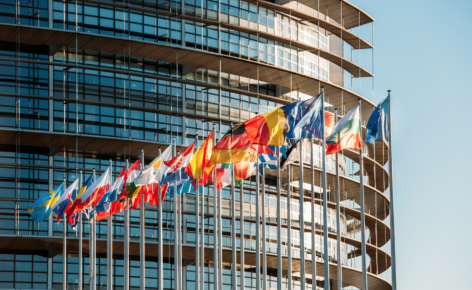 EU ambassadors have endorsed the provisional agreement on the four legislative proposals of the waste package reached with the European Parliament late last year, with an increase in recycling targets for all member states.

The new rules establish legally binding targets for waste recycling and the reduction of landfilling with fixed deadlines.

These targets aim to increase the amount of municipal waste and packaging waste sent for recycling, with specific targets for the recycling of materials used in packaging.

The rules also include targets for reducing the amount of municipal waste sent to landfill.

By January 2025, member states will now be required to establish a separate collection for textiles and for hazardous waste from households. In addition, they will have to ensure that by 31 December 2023, organic waste is either collected separately or recycled at source (eg, home composting).

This is in addition to the separate collection that already exists for paper and cardboard, glass, metals and plastic. 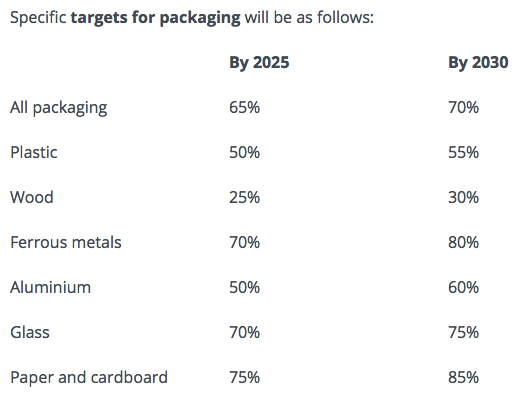 These targets also aim to encourage the use of recyclable packaging and reusable packaging, and the waste package aims to establish minimum requirements for all extended producer responsibility schemes.

Producers of products under these schemes must bear responsibility for the management of the waste stage of their products. Producers will be required to pay a financial contribution for that purpose. In addition, mandatory extended producer responsibility schemes for all packaging have also been introduced in Union legislation.

The legislation also contains a specific landfill reduction target. Member states “shall endeavour” to ensure that as of 2030, all waste suitable for recycling or other recovery, in particular in municipal waste, shall not be accepted in a landfill – except where landfilling delivers the best environmental outcome.

Now that EU ambassadors have endorsed the provisional agreement reached between the Estonian Presidency and the European Parliament on 18 December 2017, the legislation will be submitted to the European Parliament for a vote and then to the Council for final adoption. It will enter into force 20 days after its publication in the Official Journal.