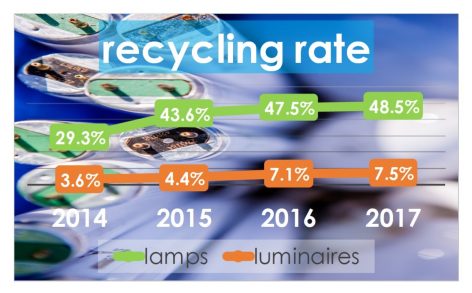 This further increase, although described as “modest”, has been welcomed by Recolight – the UK-based WEEE compliance scheme for the lighting industry. 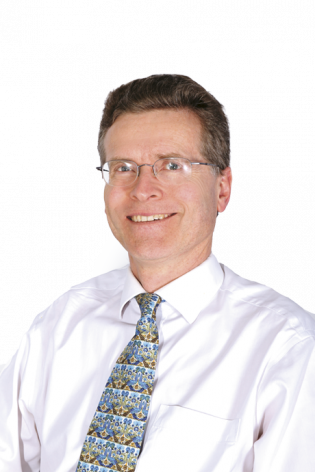 Commenting on the news, Nigel Harvey, Recolight CEO explained: “We are pleased that the lamp recycling rate in 2017 has continued to grow. The long term trend continues to be positive. In 2012, the rate was 39.5%, so a rate of 48.5% five years later is pleasing. Recolight continue to make our free lamp collection service available, and that stimulates and encourages more recycling.”

He added “The tonnage of LED lamps collected still remains low – at around 1%. This can be expected to grow in future years, but it will still be more than a decade before LED tonnages are close to the tonnages of fluorescent lamp waste.”

The luminaire recycling rate is inevitably lower than that for lamps as many are collected along with scrap metal.