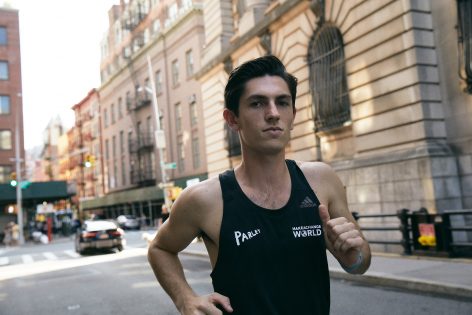 Sam Bencheghib, a 22-year old athlete, environmental activist, co-founder of Make a Change World and youth ambassador of Parley for the Oceans, will set out to be the first person to run across America to raise awareness about the plastic pollution crisis and the need to protect the world’s oceans.

Along the way, Sam will be engaging with schools, universities, local businesses and communities, calling on them to sign the Parley AIR pledge and initiate immediate action.

“In times of such environmental concern, we’re really on a countdown,” Sam said. “I really believe that no idea is crazy enough and so I think that by running 3,000 miles, it’s definitely a crazy feat, but it’s a good metaphor to showcase the severity of the plastic problem in the ocean.

“It is also an incredible opportunity to engage with as many communities as possible to tell them about the effects of plastic.”

On July 26, Sam will begin his Ocean2Ocean run, covering 3,000 miles and 13 U.S. states, from New York City to Los Angeles, from the Atlantic Ocean to the Pacific Ocean.

Businessman Martin Montague is so fed-up seeing fly-tipping blighting our countryside and towns he’s spent £250,000 of his own money creating a free service to help fight waste crime.

The simple-to-use ClearWaste.com app and website links to every local authority in the country and will help to combat flytipping.

It gives councils the location of the rubbish along with details and photographs and, over time, the mapping technology should be able to discover patterns in fly-tipping in order to catch criminals.

It also aims to help to boost recycling rates by linking consumers who have, for example, unwanted DIY materials with those who want such items, thus saving them money and reducing the amount going into landfill.

A price comparison section of the app and website allows consumers to find licenced waste companies to get rid of junk at reasonable prices, and help them avoid being ripped off by rogue traders who take their cash and then fly-tip the waste, leaving the householder at risk of prosecution.

“The app is free because it needs to be free, it should be free and I wanted it to be free,” Martin said. 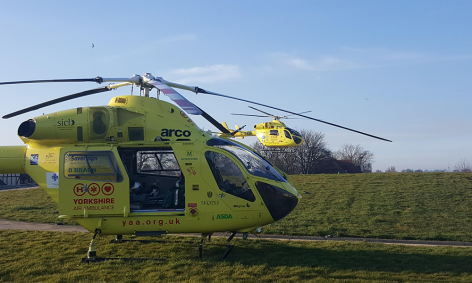 Clothing and textile recycling organisations BIU group, has announced it recently reached the £9 million milestone of funds raised for partner charities across the UK.

The organisation, which collects and recycles unwanted clothes, shoes and textiles with the aim of providing charities with an alternative income stream, was established in 2005.

“We work with regional charities up and down the country to help them collect discarded household items of clothing. For many it has become a major source of income generation,” said Carrie Carpenter, Charity Relationships Manager at BIU Group.

“Our work has helped to save or improve the lives of many people by providing funds towards the lifesaving and life-changing goals our charity partners have. These organisations all do amazing jobs and we are constantly in awe of the work they perform.” 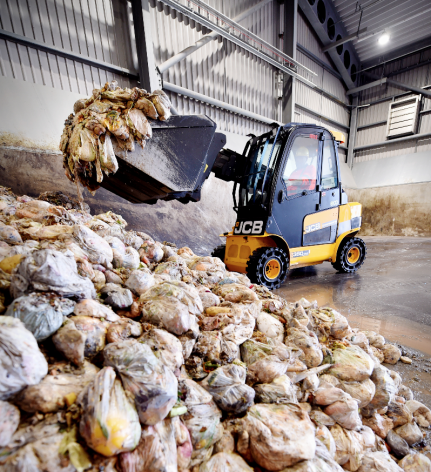 JCB has supplied a fleet of machines from its specialist waste and recycling range to a new £32 million Waste Transfer Station (WTS) and Household Waste and Recycling Centre (HWRC) on the island of Guernsey.

Based at Longue Hougue, some two miles north of Guernsey’s capital, St Peter Port, the new facility has been commissioned and built as part the Island’s waste strategy to relieve pressure on the existing landfill site, which is approaching capacity.

In all, there are six new JCB machines in operation across the site: four TLT35Ds; a 541-70; and a 437 front wheeled loader from the JCB Wastemaster range.

The facility is designed to process up to 26,000 tonnes of residual waste, which is expected to decrease as recycling levels increase. It also has capacity for 4,000 tonnes of food waste, and 2,500 tonnes of glass.

“The facility will work hard and so we need materials handling equipment that we can rely on, with on island back-up and support. JCB’s renowned build quality and having an on-island dealer who was prepared to invest in training and new equipment were key drivers in our decision to invest in JCB products at the new site.”