Over two tonnes of litter collected during road closure 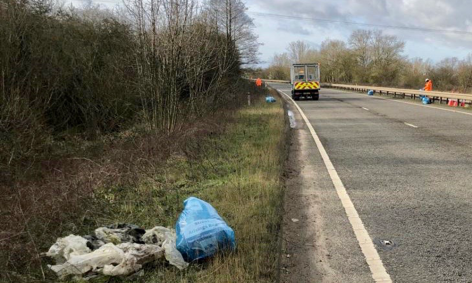 Two tonnes pf litter has been collected while the A45 in Northamptonshire was closed for planned roadworks.

Following successful clean ups along the A14 and A45 during January and February, East Northamptonshire Council’s (ENC) waste team and its contractor FCC Environment have litter-picked a major section of the A45 from Chown’s Mill to Rushden Lakes roundabout.

A team of four people worked along the stretch across two weekends and collected bags of waste totalling over two tonnes whilst the A45 was closed for planned roadworks, during February, as part of the Chown’s Mill roundabout redevelopment.

Cllr Steven North, Leader of East Northamptonshire Council said:“Unfortunately, the majority of the litter collected was wrappers, packets, bottles and cans, rather than items falling from lorries, so could have been dropped from vehicles deliberately.

“Of course, we cannot track where the rubbish collected along the A45 has come from, but wanted to take this opportunity to remind everyone, residents of East Northants and visitors alike, that this type of litter picking costs everyone and we would rather that this money and time was spent on something that contributed to the wider community.”

One tonne of books re-used for local community 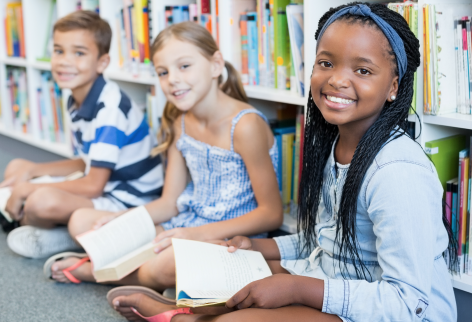 A book initiative launched by Wigan Borough Council and FCC Environment less than a year ago has marked World Book Day by distributing one tonne of books to its local community – highlighting the ‘Reuse’ point of the ‘Reduce, Reuse and Recycle’ message.

Rather than see the books processed through recycling, Tracy Roe of FCC Environment and Louise Atherton of Wigan Council had the bright idea to ask if anyone locally could make use of them.

Wigan Council’s Louise Atherton, Contract Monitoring Officer, said: “We put our heads together to see what we could do with the books as we get loads in each month.

“More often than not, there is nothing wrong with them and it’s a shame to see them just recycled for their materials.” 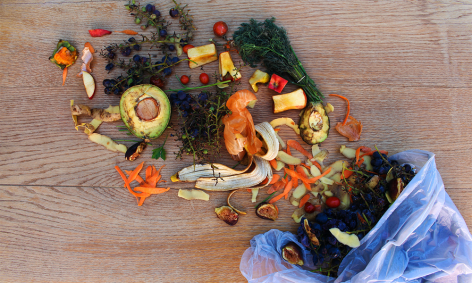 SUEZ recycling and recovery UK (SUEZ) has announced it has joined over 180 businesses including retailers, manufacturers and resource specialists, in signing up to the Food Waste Reduction Roadmap; managed by WRAP and IGD.

An ambitious and evidence-based initiative, the Roadmap aims to help businesses reduce food waste by 50% by 2030.

Signatories to the Roadmap commit to a food waste reduction target across their operations, taking targeted action to meet this by working in partnership with suppliers, and supporting consumers to reduce their food waste.

The Roadmap also includes a common measurement framework, enabling businesses to consistently report progress towards their target each year and share the results publicly.

WRAP estimates that 9.5 million tonnes of food and drink is wasted every year, worth £19bn.

This waste also comes with an environmental cost from the water, energy and emissions associated with processing, packing, transporting and treating wasted food.

Biomethane could deliver 30% of the UK’s 2030 carbon budget 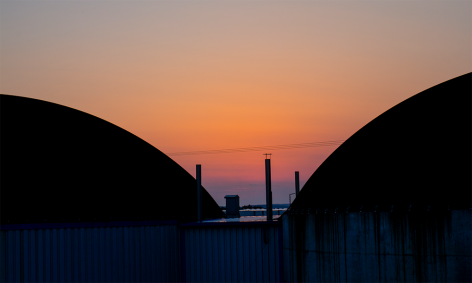 Biomethane could deliver 30% of the UK’s 2030 carbon budget in hardest to decarbonise sectors, provide green heat to 6.4 million homes and create 30,000 jobs by 2030, according to a new ADBA report, Biomethane: the pathway to 2030.

This would deliver a 6% reduction in total UK greenhouse gases emissions, specifically within the hard-to-decarbonise sectors of heat, transport, waste management and agriculture, and 30% of the reduction needed by 2030 to meet our legally binding carbon budget.

The industry would directly create 30,000 green jobs and become a leading exporter of innovation, technology and professional expertise.

The report sets out the pathway to full deployment by 2030 and identifies policy asks to stimulate growth.