Announcing the fastest bin collection team in the UK 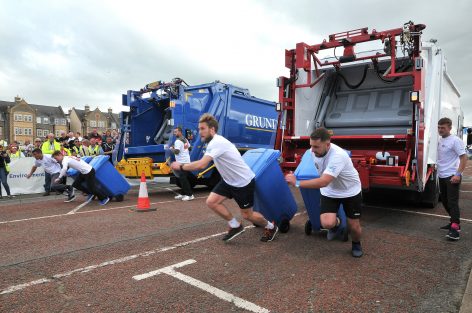 Hundreds of refuse collectors from all across the UK competed in the third annual National Refuse Championships (NRC), to raise money for The Alzheimer’s Society.

Thousands of people gathered along the Beach Lawns to watch 26 teams compete in gruelling races against the clock – repeatedly loading wheelie bins with bags of sand then pulling or pushing them, whilst running, to an awaiting refuse truck and emptying them before the vehicles raced to the finish line.

The winners of the National Refuse Championships 2019 are Grist Environmental, a waste management company from Devizes, Wiltshire, who retain the title from last year and remain the undisputed ‘fastest collection team in the UK’.

The final amount raised by this year’s event will be announced soon, but the organisers are confident they will beat last year’s total of over £21,000. 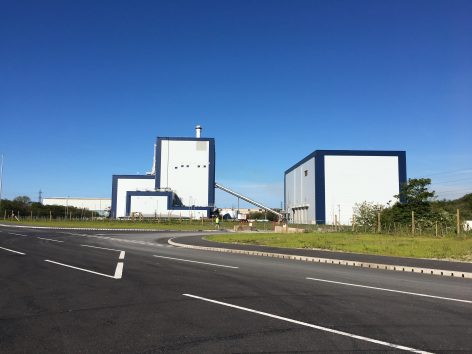 £160m plant generating renewable electricity for up to 75,000 homes in South Wales.

The plant is owned by Glennmont Partners, one of Europe’s largest and best-known renewable energy fund managers.

The main contractor for the Margam power project, the consortium of Babcock & Wilcox Vølund and Interserve Construction, has now formally handed it over to Glennmont Partners.

The £160m renewable energy plant, fuelled by waste wood, will generate power for up to 75,000 homes.

Construction of the Margam plant started in 2016 and at one stage employed more than 400 people on site.

Babcock & Wilcox Vølund (B&W) and Interserve worked in partnership with a large number of sub-contractors from Wales and other parts of the UK and continental Europe.

The construction management of the power station was led by the Cardiff energy company, Eco2 Ltd.

B&W has operational and maintenance responsibility for the power plant.25 people are directly employed at Margam. 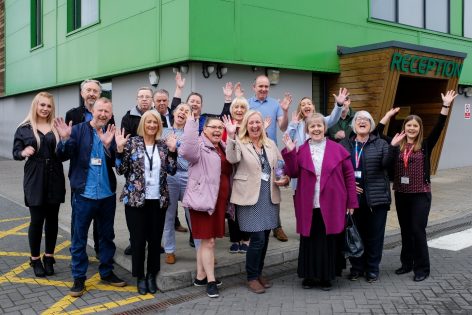 Eleven local community groups have been awarded a share of £115,000 to help the Liverpool City Region reduce, re-use and recycle more.

The money has come from the Merseyside Recycling & Waste Authority (MRWA) and Veolia Community Fund 19/20 which was set up to help support waste prevention, re-use and recycling initiatives.

The eleven organisations came through a two-stage process to clinch the funding which will give them the financial resource to deliver waste-reducing behavioural change projects across the region.

Project applications had to tackle one or more of the four priority household waste materials which have been identified by MRWA as key, namely food, plastics, textiles and furniture.

An analysis of waste in the Liverpool City Region highlighted that a greater amount of these materials could be re-used or recycled.

Projects can also include other household waste materials, for example paper, card, metals.