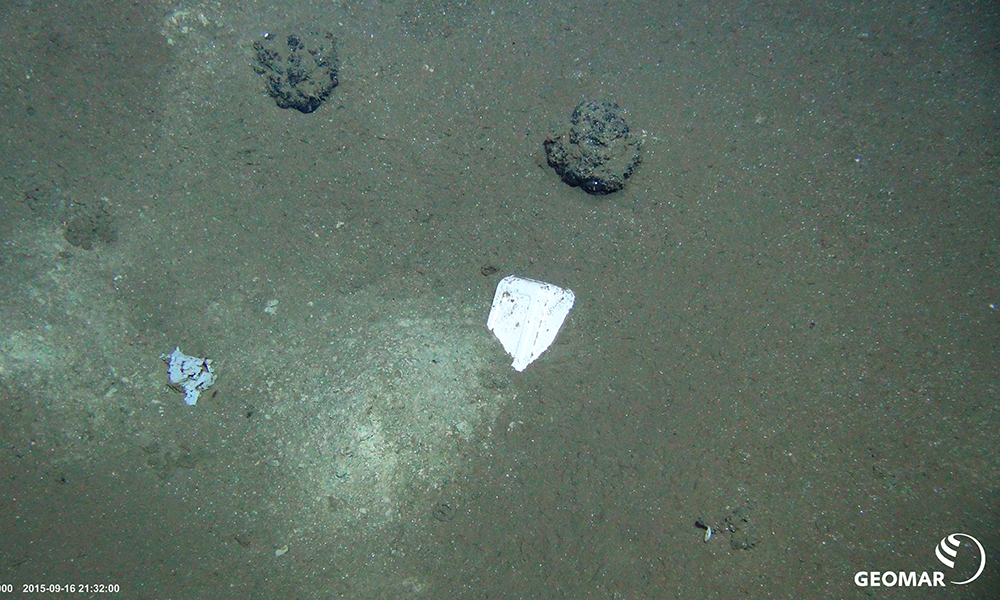 First long-term, “scientifically sound” study on plastic degradation in a water depth of more than 4,000 meter.

Even in the most remote regions of the oceans plastic debris can be found. But usually it is impossible to determine how long they have been lying on the seabed.

Up to now, this has also hampered any attempt to estimate how long plastic degradation might take.

Scientists led by the GEOMAR Helmholtz Centre for Ocean Research Kiel have now, for the first time, examined plastic items that have verifiably been at the abyssal seabed for more than 20 years.

As the researchers publish in the online journal Scientific Reports, they could not find any traces of fragmentation or even degradation. 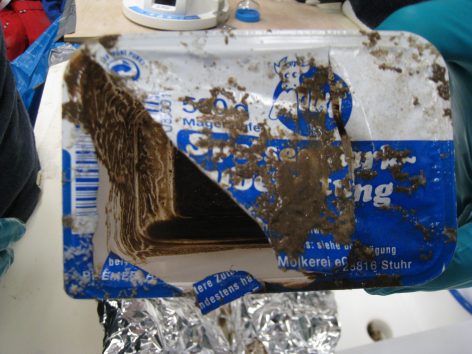 Plastic products are durable. On one hand this is a great advantage, but on the other hand, if the plastic enters the environment, this advantage turns into a problem.

According to current knowledge, natural degradation, as with organic matter, does not take place. It can only be estimated how long plastic debris actually remains in the environment.

Corresponding long-term experiments are lacking, according to GEOMAR researchers.

This applies particularly to the deep sea that is only poorly explored itself. Plastic objects that are found by chance with the help of deep-sea robots or other underwater vehicles are difficult to date.

However, during an expedition with the German research vessel SONNE in 2015, researchers from the GEOMAR Helmholtz Centre for Ocean Research Kiel, the Max Planck Institute for Marine Microbiology in Bremen and the Kiel University were able to recover several pieces of waste from the  seabed of the Eastern Pacific Ocean in a depth of more than 4000 metre.

Conducting a little detective work allowed to constrain the age of deposition quite accurately.

For the first time, this offered the opportunity to conduct a long-term study on plastic degradation in the deep sea. The study was published last week in the international journal Scientific Reports. 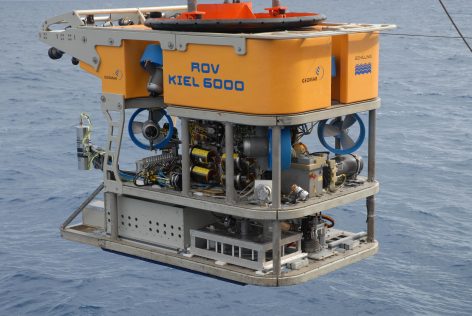 In 2015 the team was out in the Pacific about 440 nautical miles (815 km) off the coast of Peru to investigate another long-term experiment in the so-called DISCOL area.

There, German scientists had ploughed a piece of seafloor in 1989 in order to understand the environmental impacts arising from potential future mining of manganese nodules.

In 2015, the remotely operated deep-sea robot ROV KIEL 6000 observed almost incidentally some waste and recovered it from the seafloor.

Among it was a plastic bag containing a Coke can, which was part of a special edition produced for the Davis Cup 1988.

Dr Matthias Haeckel from GEOMAR, project manager on board back then and now co-author of the study, said: “The aluminum can itself would have corroded in the deep sea, if it was not wrapped tightly inside a plastic garbage bag that preserved it. This also indicates that the garbage bag must be of the same age.”

A second recovered item was a curd box from a German manufacturer. The printed address shows a five-digit postal code. These were not introduced in Germany until 1990.

However, the manufacturer was bought by a rival company in 1999, and the brand name disappeared.

“Since the DISCOL area is far away from important shipping routes, the plastic bag and the curd box could be attributed to the DISCOL expeditions in 1989 and 1992 or 1996,” says Dr Haeckel.

“It turned out that neither the bag nor the curd box showed signs of fragmentation or even degradation”, says biochemist Dr Stefan Krause from GEOMAR, lead author of the study. He led the onshore analyses in the home laboratories.

It was found the microbial community on the plastic surfaces differed from the one identified in the surrounding seafloor sediments.

“All of the species can be found in the deep-sea sediment, but apparently, larger accumulations of plastics could locally cause a shift in the ratio of the predominant species,” says Dr Krause.

Overall, the study provides the first “scientifically sound” indication of the fate of plastic debris in the deep sea.

“This study builds also an important basis for our new project HOTMIC, where we aim to trace the plastic waste entering the ocean from the continents to the large oceanic eddies and further to their final sink, the abyssal seafloor”, says Dr Haeckel.

At the same time, the findings provide a “good argument” for him to pay even closer attention to compliance with regulations regarding waste on board.

“Fortunately, the mentality has changed considerably since the 1990s. Today, both, the crews of the ships and the research teams on board take great care to ensure that no waste is disposed overboard,” says Dr Haeckel.