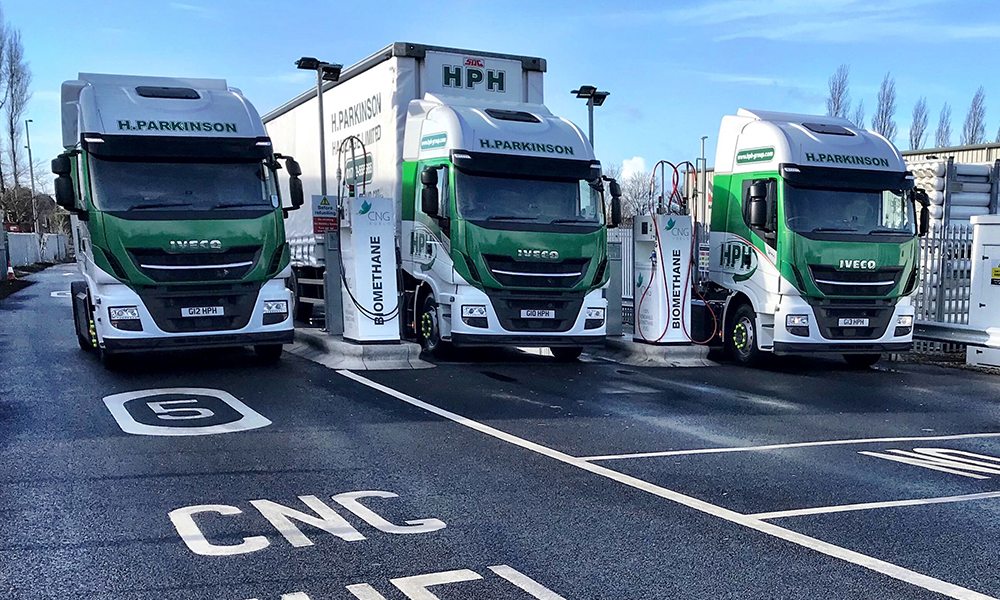 The plant, which is being developed by Progressive Energy, will generate renewable gas from up to 175,000 tonnes of bio-resources, including unrecyclable wood and refuse derived fuel (RDF). This gas will be used in the transport sector, generating enough fuel to power up to 1,000 low carbon HGVs and buses every year.

The development represents an investment of £150m and will create around 300 jobs at Protos during construction, with 35 full time permanent, high skilled jobs.

Chris Manson-Whitton from Progressive Energy said: “Decarbonising the transport sector is going to be critical if we’ve any chance of reaching net zero emissions by 2050. We’re still hugely reliant on fossil fuels in the sector which, together with heat, accounts for around three quarters of UK energy consumption.

“Today’s decision is a huge step forward to providing a reliable and renewable gas for transport fleets across the North West and beyond. This is just the first of many BioSNG plants that could be built across the country, helping to transform our transport sector and make a huge contribution to tackling climate change.”

Jayne Hennessy from Peel Environmental, part of Peel L&P, said: “This is another example of how Cheshire is leading the way on the clean growth agenda. Decarbonising the region, and safeguarding industry and jobs, is going to require many innovative solutions.

“Progressive Energy’s ground-breaking project will be a great fit for Protos where we’re clustering together low carbon energy generation to drive down the cost of clean energy and attract new businesses, jobs and investment.”

As well as a transport fuel, BioSNG can be a replacement for the regular natural gas that is currently supplied to our homes and businesses. BioSNG can be injected into the existing gas network, providing the opportunity for the plant at Protos to export fuel to the wider UK without the need for any road movements.

The plant could also be configured in the future to produce renewable hydrogen, potentially linking into plans to build a hydrogen network in the region as part of the HyNet project with associated deep carbon savings.

Construction is due to start later next year with production commencing in late 2022. It is expected that a further eight similar facilities could be built across the UK during the 2020s.

Protos sits within the Energy Innovation District (EID) which brings together energy users, network owners, innovators and partners working alongside Cheshire & Warrington LEP, Cheshire West and Chester Council and the University of Chester.

Being led by the Cheshire Energy Hub, the EID is developing a £300m project to create a smartlocal energy system that would see significant energy cost savings and reduction in greenhouse gas emissions.

This smart grid would automatically prioritise the lowest cost and lowest carbon source of energy for domestic and industrial users from locally generated sources, setting a blueprint for the UK.

Ged Barlow, Chair of the Cheshire Energy Hub said: “We’re looking at how low carbon energy generated at places like Protos could be provided directly to users in the Ellesmere Port area. It’s great to see Cheshire West & Chester Council back this ground-breaking project within the Energy Innovation District, that really demonstrates how this region is rising to the decarbonisation challenge.”

The project is also one of many under the North West’s bid to become the UKs first low carbon cluster by 2030.

The North West Energy and Hydrogen Cluster is being led by the North West Business Leadership Team, with support from Greater Manchester and Liverpool City Region Mayors and the Cheshire & Warrington LEP. In competition with other regions – such as Humber and Teesside – the Cluster could deliver