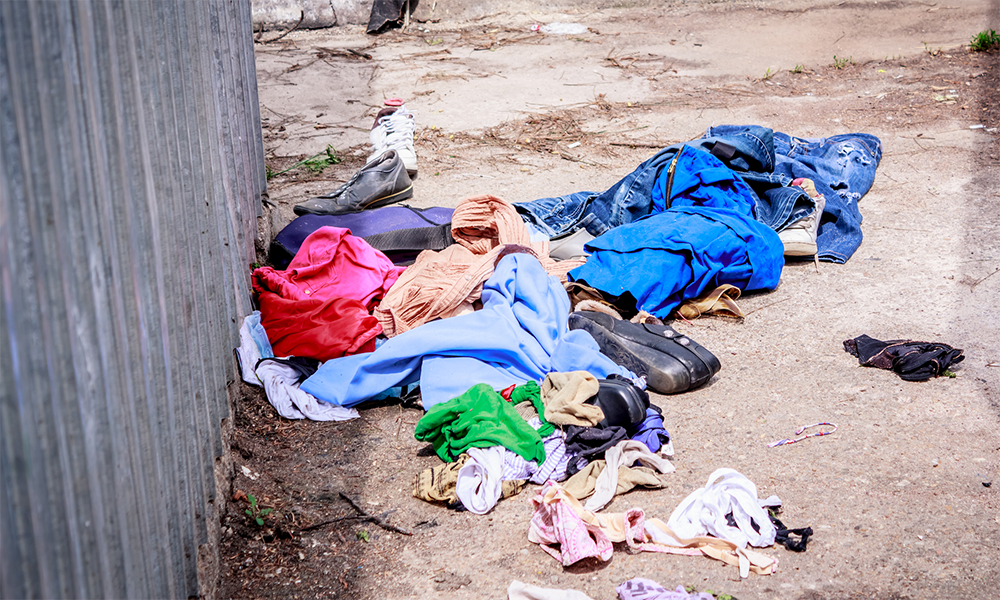 The Textile Recycling Association is calling for “better regulation” of textile exports following an ITN investigation that found clothing waste originating in the UK is “polluting” Ghana.

Following the broadcast of two reports featured back to back on ITV’s News at Ten (18 February 2020), the Textile Recycling Association (TRA) says there must be “better regulation” of the sector.

It also says existing regulation around the exports of used clothing need to be enforced more robustly.

“There should be no waste in any shipments of used clothing destined directly for sale into African retail markets,” it says.

A recent report commissioned by the Nordic Council of Ministers concluded that where waste (either textile or non-textile) is mixed in with re-usable clothing, the sorting operations that take place within Europe are effective at removing these items.

The report states that “very little textile waste is found in exports to African countries”.

Following on from this, the TRA asserts that it would make “no business sense” for reputable businesses to export waste to their clients in recipient countries.

These would cause “severe reputational damage”, it says, and they would “not remain in business for long”.

However, the footage from Accra in Ghana showed pictures of textile waste in the streets, on the beach and at the city’s landfill sites. TRA says it is not clear what percentage of used textiles is discarded directly at the city’s main Kantamanto market.

“The market receives a huge amount of new supplies every week so even just a tiny fraction going to waste can seem like a large amount,” the TRA says.

“It is also not clear what percentage of mixed waste contained within the city’s main landfill site is textiles or whether the textiles have come directly from the used clothing markets or have simply been discarded after being bought and worn by the Ghanaian public.”

“It also stated the importance for people in the UK to continue donating their used clothing to charity shops, textiles banks and other reputable outlets,” he said. “The environmental and social benefits of supporting the industry are huge and it has a vital role in tackling climate change and helping the UK to meet its obligation.

“However, it also emphasises how important it is that proper and robust checks are made by customs officers both in the UK and recipient countries. Shipments to African countries should only contain re-useable clothing, shoes and accessories which are in demand and which will be bought. There should be no waste”.

Ross Barry, Managing Director at LM Barry and Co, a used clothing and textile sorter in London said, “by definition, if a textile item has to be recycled or disposed of, it is waste and all exporters are required to remove this before sending any shipments to Africa.”

An even bigger issue

More recently, the association has been instrumental in delivering the formation and launch of the Traders Recycling Universal Standard (TRUST).

Under the TRUST certification scheme, textile collectors and sorters are required to undergo an independently audited process which covers various different areas of business including compliance with environmental legislation, health and safety, employment law, transport and sound business practice.

The first business are set to obtain certification under this scheme by the end of March 2020 with the initiative set to be rolled out thereafter.

The TRA also asserts that there is an “even bigger issue” that needs to be addressed and that is the insatiable growth in fast fashion and the huge impacts that it is having on climate change, massive over consumption and pollution of scarce water supplies.

“The global public need to completely change their attitude towards fast fashion,” it says.

“We should all be buying much more second hand clothing, but when we have to choose to buy new, the public should look to always buy better quality, pay more, keep it longer and then send it for re-use or recycling.

“Not only does this produce enormous carbon and other environmental benefits, but it raises tens of millions of pounds for UK charities and helps subsidise some local authority waste management services, but it also helps to supports jobs for millions of people across Sub-Saharan Africa who are employed through the industry and by the retailers that sell the clothing.”