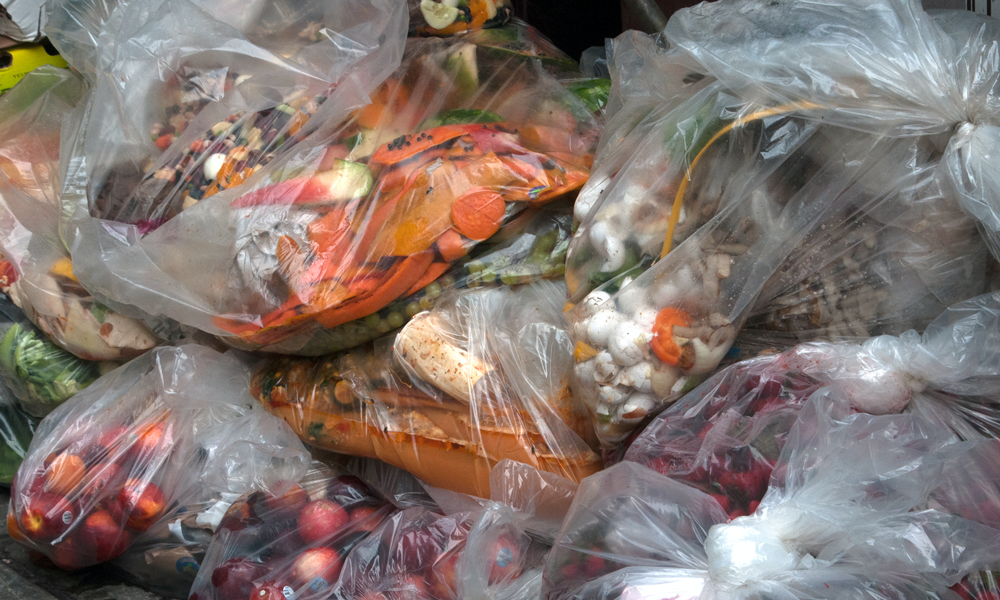 More than 100 of the “biggest players in food”, including all of the UK’s major supermarkets, have signed a pledge to take “ground-breaking action” to drive down food waste following a call to action from the government.

The pledge asks attendees to reduce food waste by setting an “ambitious target” to help halve food waste by 2030 in line with UN Sustainable Development Goal 12.3, “report on progress and prioritise action”.

Currently in the UK an estimated 10.2 million tonnes of food and drink are wasted annually after leaving the farm gate…

They have also been asked to adopt the WRAP and IGD Food Waste Reduction Roadmap, which aims to have half of all 250 of the UK’s largest food businesses measuring, reporting and acting on food waste by 2019.

They must also embrace “a week of action” in November 2019 to “highlight the changes we can all make”; use their voice and profile to “empower and encourage” citizens, including the younger generation; and change their habits as an individual to be a “Food Value Champion” at work and at home, buying only what they need and eating what they buy.

Environment Secretary Michael Gove said the UK is showing “real leadership” in this area but highlighted millions of tonnes of food are still being wasted each year.

Currently in the UK an estimated 10.2 million tonnes of food and drink are wasted annually after leaving the farm gate, worth around £20 billion.

Step up to the plate

It is estimated that UK householders spend £15 billion every year on food that could have been eaten but ends up being thrown away, equating to £500 a year for the average household.

Today’s announcement comes after the government’s Food Surplus and Waste Champion Ben Elliot urged organisations to ‘Step up to the Plate’ at a landmark symposium last month.

Ben made the announcement at the Resourcing the Future Conference, the partnership conference between CIWM, the Resource Association, the ESA and WRAP.

He said: “We are pleased to see these retailers committing to change. To those retailers yet to sign the pledge – why not? You have a responsibility to step up and do your bit.

“We will be highlighting those who participate and those who do not. The food waste crisis can only be solved by collective action.”

The next step is for all signatories to publicly report their food waste data in line with Champions 12.3 best practice.

Dave Lewis, Chair of Champions 12.3 and Group CEO Tesco, said: “Today’s announcement that over 100 UK food companies have signed up to the Step up to the Plate pledge is welcome news. The next step is for all signatories to publicly report their food waste data in line with Champions 12.3 best practice.

“This will be crucial for identifying hotspots that require collective action; holding individual companies to account for the commitments they have made and for the UK delivering on Sustainable Development Goal 12.3.”

Environment Secretary Michael Gove has invited organisations to apply for the second round of more than £6 million funding under the government’s game-changing scheme to slash food waste.

The list of organisations that have signed the ‘Step up to the Plate’ pledge at the date of publication of this press notice are: