Viridor’s distinctive green bin trucks will fly the rainbow flag with a specially designed Manchester Pride livery when the company supports the Big Weekend for the sixth year from 24 to 27 August.

In addition to the two rainbow flag bin trucks, Viridor will provide five roll on roll off vehicles and 270 bins to tackle the 70 tonnes of waste generated by 35,000 festival goers celebrating the bank holiday weekend.

Viridor Key Account Manager Scott Tingey said the Manchester team was delighted to show their support for the festival with the new livery.

“Viridor has seen the Big Weekend grow and go from strength to strength over the six years we’ve been involved with the event through our customer Ideal Facilities Management. It is great to truly fly the flag on the vehicles working the festival this year.”

He added that, as Manchester came together to support the weekend, Viridor would be there to provide a waste management service which will start at 4am until 7am daily, with the company returning from 5pm to 11pm for a second shift.

‘What’s In The Box’ Reminds Residents About Contamination 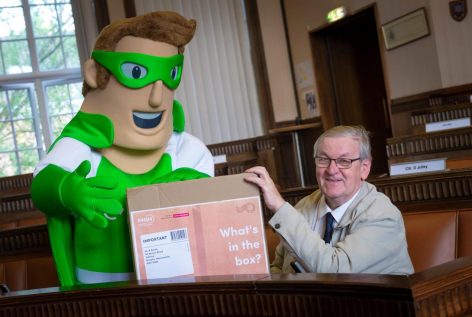 Recycle for Greater Manchester has teamed up with Salford City council to launch a new recycling campaign with a spotlight on wrong items frequently found in Salford residents’ blue paper and card bins.

To kick start the campaign, Recycle for Greater Manchester recently talked to Salford Councillors about the scale of the problem – and the importance of making sure that good recycling doesn’t go to waste.

This high level of unwanted items has led to the rejection of tonnes of paper and card collected for recycling. Since the beginning of the year, several bin lorries have been turned away – wasting time, money and importantly, good recycling efforts across Salford.

The new campaign encourages residents to think carefully about what should go into blue paper and card bins. A simple ‘What’s in the Box?’ message reminds people to empty their cardboard boxes before they recycle them.

Informative and impactful leaflets will be delivered to 86,000 homes, along with stickers on residents’ bins and supporting advertising and social media activity.

The Recycle for Greater Manchester campaigns team will also be attending a number of local community and business events over the next few months to continue to spread the message about what can be recycled. 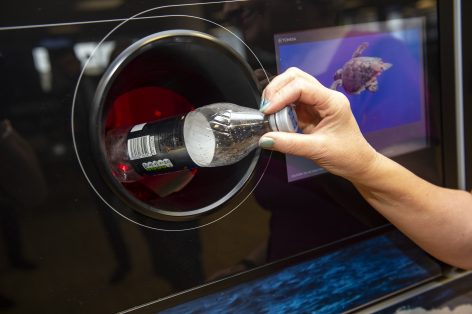 Further dates and venues have been confirmed as part of Zero Waste Scotland’s commitment to talk to the people of Scotland about how a national deposit return scheme (DRS) could work best.

During the summer, people across Scotland are getting the opportunity to share their views at events across the country – from festivals, to visitor attractions, shopping locations and community centres. For those who can’t make it to an event, there will be a webinar available where you can learn more about what a deposit return scheme could mean for Scotland.

Under a deposit return scheme, customers pay a small deposit when they buy drinks in, for example, a bottle or a can, and then get the deposit back when they return the empty container for recycling.

A public consultation on a deposit return scheme for Scotland was officially opened by the Scottish Government on Wednesday 27 June 2018 and will remain open until 25 September.

15 new dates have now been added to the rolling programme since the initial 12 events were announced last month. A live webinar will also take place next Monday (27 August) for those who have questions and can’t make it to an event.

The hour-long webinar will be broadcast at http://zerowastescotland.org.uk/DRS-live and on  Facebook Live from 1pm. Questions can be submitted in advance or as part of the live event on Twitter to @zerowastescot

Fashion Industry Must Get Its Waste Management In Order 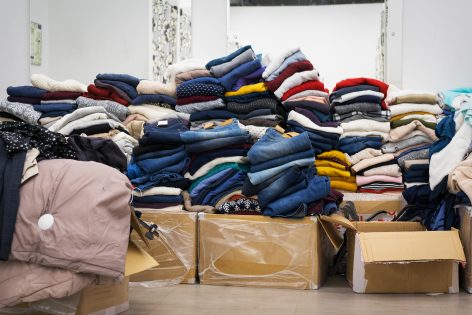 The comments follow the burning of stock by fashion brand Burberry and the revelations by a consequent BBC report that of 35 high-end designers and high street retailers contacted on their waste processes, only six responded with breakdowns or further information.

“The fashion industry needs to get its waste management in order, not just because of the environmental impact it may have, but before valuable brands are damaged too,” says Robert Logan, WCRS Ltd’s Managing Director.

“Compared to the catwalk, an effective waste management strategy is extremely unglamorous, but it is vital to managing costs and meeting legal requirements, not to mention the corporate and social responsibilities many high street consumers now demand.”

As the BBC reported, research collated by the Ellen MacArthur Foundation suggests that global clothing production has doubled in the past 15 years, with garments on average being worn much less and discarded quicker than ever before, and it is estimated that only 1% of our clothing is ultimately recycled into new garments because of the complexity in the polyester-type materials used.

Several initiatives have been set up by the fashion industry to combat waste and increase recycling, and for UK high street retailers help is at hand. WCRS Ltd helps several leading fashion retailers practicality manage their waste and meet their corporate and social responsibilities.