WRAP chief executive, and RWM ambassador, Liz Goodwin, asks why we don’t think more about “trading in” our products, rather than simply scrapping them or letting then gather dust. It could be good for the individual, the economy and the industry, she explains… 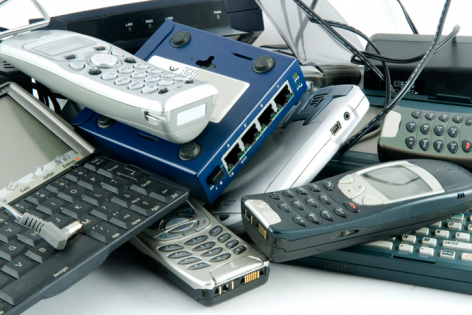 Can you imagine buying a brand new car and driving it for just a few years? Probably. But then can you imagine, once you want to change it, scrapping the car, regardless of whether it’s in working condition or not, just because you no longer want it? It’s an idea that sounds unthinkable by any stretch of the imagination. We have the mind-set to trade in and sell on cars, or even recycle them at their end of life for cash. There’s more value in the big commodities, so naturally we want to maximise return. But we could extend this line of thinking to more products, and even if the value isn’t as high, collectively there would be a financial incentive.

When we buy goods such as electronics, we often use them for a short period of time, relative to what they’re fully capable of. This is due in part to the linear model of ‘buy, use, dispose’ that has prevailed for so long. But this style of consumption is resource intensive, especially given the fact that in the UK, we consume over 1.4 million tonnes of electronic goods per year. We need to move towards a more circular economy; where resources are kept in use for as long as possible, where we extract the maximum value from them while they are in use, and then recover and regenerate products and materials at the end of life.

The Times, They Are A Changing…

But times are changing. Companies are seeing the commercial opportunities that resource efficient business models present. Just last month, Argos launched a new gadget trade-in scheme for unwanted mobile phones and tablets. Using WRAP’s evidence, a business model was presented that demonstrated how to capitalise on the £1bn worth of unused electrical items sitting around in UK homes. The consumer benefits as the old gadget that might be collecting dust can be traded in for a voucher. Argos is then able to increase customer satisfaction, and improve their environmental credentials by having the old products sent to be either refurbished or recycled, which in turn benefits the environment. A triple win.

Technology initiatives such as Argos’ gadget trade in scheme could also lead to higher disposable income for householders. For example, the Ellen MacArthur Foundation, the McKinsey Center for Business and Environment and SUN, recently identified that Europe could increase the average disposable income for EU households by over £2,000, which is 11% higher than the current development path. This could be done by taking advantage of the ‘technology revolution’, which includes technology trade-in initiatives as mentioned. Just think what that could mean for the average family.

Then there’s also the bigger picture. As well as increased disposable income, it means more jobs, and more competitiveness. In the same study, a review of 65 academic papers all indicated that there would be positive employment effects occurring from a circular economy.

This work builds on studies undertaken by WRAP and Green Alliance, which identified that over 200,000 jobs could be created in the UK alone from staying on the current development path for the circular economy. This study was the first of its kind, which pinpointed exactly who could benefit, what skills would be needed and where the jobs could be needed.

And now WRAP is going one step further. The methodology used to work out the employment potential for the UK has now been applied to 28 member states across Europe, and it will be the first of its kind to map this data. The case for Europe to adopt an ambitious circular economy framework is getting stronger and stronger, and momentum is building.

WRAP will be publishing the report on the jobs potential in Europe from the circular economy in mid-September, so watch this space. I look forward to discussing these exciting insights at this year’s RWM.

Liz Goodwin is an ambassador for RWM in Partnership with CIWM