Saeefar Rehman, associate director, energy and environment, at Grant Thornton UK LLP, discusses the energy from waste market, its infrastructure in the UK, the need for additional capacity and the role of RDF 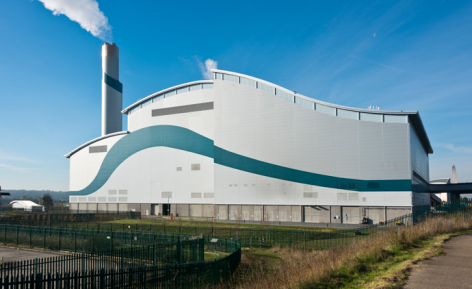 The energy from waste (EfW) market, since the late 1990s/early 2000s, has largely developed due to its receipt of government funding under the Private Finance Initiative (PFI). Funding from Defra for residual waste treatment projects and the Welsh Government for food waste treatment, has provided stability and a steady pipeline of projects.

As the municipal EfW infrastructure development reached its peak, thoughts turned to the more challenging commercial and industrial market. However as the credit crunch hit, the sector saw an almost overnight withdrawal of project financing.

The issues facing financing merchant EfW facilities were heightened; the absence of long-term municipal waste contracts to provide an anchor, the uncertainty of covenant strength of counterparties, and the change in subsidy regimes that provided major support to the smaller scale projects that were going to be the focus of the merchant. As a result this new market didn’t stand a chance.

There has been growing activity since however and the Green Investment Bank (GIB) has been the backbone of many investments that have taken place. However GIB’s investments have not been an act of philanthropy to promote environmental sustainability. The projects funded by the GIB have had to be economically viable and have been funded on commercial terms with other investors in the market.

So what has changed? The disputing of EfW overcapacity claims by major waste operators and the existence of waste suitable for treatment using technologies that were passing due diligence, at the very least, have given some ignition to the merchant market. It has returned to the ‘traditional’ approach of developing projects on the back of a market assessment. With various estimates suggesting there could be a more than five million tonne shortfall in treatment capacity in ten years, is there really a major risk in not being able to source the waste if a facility was available? The answer appears to be ‘perhaps not’. So it looks like the merchant market for EfW may continue to grow.

However, choppy waters continue to lay ahead. The changing stance of the government on various subsidy regimes, the Contract for Difference (CfD) process and the lack of funding for future rounds, comes amidst an atmosphere of on-going uncertainty around the implications of Brexit.

Recent insights from the private sector have made it clear that, in order to have a degree of confidence on project approvals, they need to be viable without relying on subsidies. Projects that are too dependent on a subsidy regime are perceived to be too risky to pursue.

Whilst the funding market starts to get comfortable with lending on the basis of market analysis again, there are bigger issues for producers of Refuse Derived Fuel (RDF), particularly for those that export. The impact of Brexit and, more specifically, the questions around our future relationship with Europe, combined with the forex issues, creates a difficult set of circumstances. No one can predict whether the exporting of RDF will remain viable once the terms of our exit from the European Union have been agreed. For example, there is no certainty as to where the €/£ exchange rate will settle. This concern has prompted, for the first time from some contractors, the question as to whether indexation clauses in contracts can include foreign exchange.

Ultimately, the merchant market will be driven by those risks which are viewed as more manageable. It is unlikely that developers who wish to rely on subsidy regimes will make any major decisions until the next round of the CfD process. There is a need for additional capacity so those companies that do not view CfD’s as reliable enough may proceed anyway. These may be either straight EfW facilities or producers of RDF. The RDF market will continue to be uncertain, but those with the ability to dispose of the fuel within the UK are unlikely to be affected.