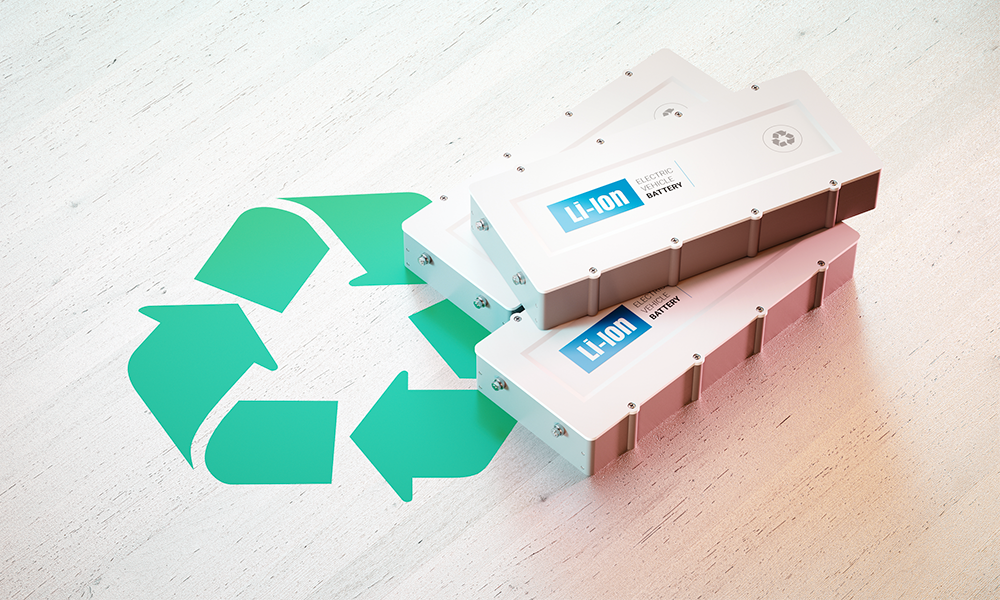 In recent months, there have been numerous fires at waste and recycling facilities across the UK, and unfortunately I’ve lost count of the number that were proven or suspected of being started as a result of lithium batteries in e-waste being disposed of incorrectly.

The United Nation University’s Global E-Waste Monitor estimates that 45 million tonnes of e-waste is produced globally every year, and they predict this will rise to more than 52 million tonnes by 2021. Of this total, less than 9 million tonnes are collected for recycling, meaning huge quantities end up in our bins and then into our waste systems.

It’s a classic case of the wrong waste in the wrong place, and the consequences can be significant

The World Economic Forum estimates that more than 11 million tonnes of used lithium-ion batteries will be discarded globally by 2030.

It’s a classic case of the wrong waste in the wrong place, and the consequences can be significant: at one end of the scale, smoke from an ensuing fire may disturb or concern local residents; at the other end of the scale is the risk of fire damage to multi-million-pound essential infrastructure.

In the worst cases, fire caused by lithium batteries can be life-threatening, and common to all these scenarios is the environmental damage these products cause to local environments and natural habitats.

On average we halt, detect and remove between three and five fire hazards per week at each of our waste management sites in the UK, and most of these are caused by batteries and other forms of electronic waste or combustibles. That’s about 800 fires averted each year, which poses a significant safety risk for our employees and the public, as well as a commercial risk for our business.

In Cambridgeshire alone, we are removing enough batteries to fill a single cubic metre box every two weeks, representing tens of thousands of batteries each year. Many of these batteries come in the form of power packs from cordless powertools and toys, and so may not be easily recognisable as batteries until the casing is broken.

We suffered our own fire at our 400-acre Waterbeach Waste Management Park in Cambridgeshire just after midnight on Sunday 8 September. An internal investigation found that the most likely cause of the fire was a battery in electronic waste that was disposed of through a local household waste recycling centre, rather than through a specialist company which is what should happen.

As a responsible industry, we should also be signposting consumers who don’t know how to dispose of batteries correctly and making it easier for them to do so

It’s fortunate that the fire occurred on our site’s holding area, which is where newly arrived waste is stored and monitored prior to treatment. We are also extremely fortunate to have been supported quickly and professionally by the Cambridgeshire Fire and Rescue Service and by the UK’s regulatory authority, the Environment Agency.

But we mustn’t ignore the risks the fire may have posed in a less protected, accessible and regulated environment, such as a public highway or vehicle in transit where members of the public might have been harmed. Action must be taken – particularly as we approach Christmas when hundreds of thousands of new electronics exchange hands – to highlight the dangers of disposing of used lithium batteries incorrectly.

As a responsible industry, we should also be signposting consumers who don’t know how to dispose of batteries correctly and making it easier for them to do so.

If we’re serious about tackling this issue then we’ve got to address the root cause in addition to the symptoms. The developed world is living in an age of convenience and it is giving way to a cultural problem where the true costs of cheap electronic consumables are not understood, nor internalised through effective legislation.

Retailers, legislators and waste management companies must show leadership by articulating and reinforcing the true costs and impacts of e-waste; not just in relation to cheap products but for all electronics. They also need to ensure consumers and businesses are incentivised to reduce, reuse and recycle these products, through a deposit reward scheme for example.

Society has never been more concerned about the climate emergency, and so we need to seize the opportunity to highlight the role that the proper disposal and recycling of e-waste can play

Society has never been more concerned about the climate emergency, and so we need to seize the opportunity to highlight the role that the proper disposal and recycling of e-waste can play in the fight for a more sustainable future.

This is why Amey will be hosting a summit in February 2020 in Cambridgeshire to discuss ways that government and industry can work together to encourage the right consumer behaviours, review industry safety protocols where necessary, and ultimately prevent further accidents.

More on Amey’s commitment to sustainability