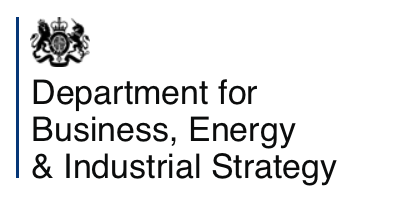 The Department for Business, Energy & Industrial Strategy yesterday launched a new consultation on the range of proposed changes to the non-domestic Renewable Heat Incentive (RHI) scheme.

Following on from the previous consultation, from February, and which closed only this week, the latest consultation covers proposals relating to eligible heat uses, very large plant, multiple installations, rules relating to biomethane plant and a range of other cross cutting scheme issues.

BEIS states on its website page for the consultation: “The government is keen to ensure that the Non-domestic RHI continues to contribute to both our decarbonisation targets and to the UK’s renewable energy target whilst ensuring that the scheme offers good value for money.

“We made a commitment in the response to the 2016 consultation The Renewable Heat Incentive: A reformed and refocused scheme to undertake further detailed work on eligible heat uses and to consult on subsidy limits for very large plant. The proposals on these issues are set out in this consultation.

“There are also some additional proposals on multiple installations, proposals relating to biomethane plant and a number of cross-cutting issues such as environmental permitting, replacement plant and the use of estimated data.”

ADBA, however, has stressed that the new consultation “must not delay the urgent passing of legislation to implement previously proposed changes to the RHI that would allow new AD plants to be built”.

ADBA Chief Executive Charlotte Morton said: “It’s critical that this new consultation on the RHI doesn’t delay what the AD industry and the UK as a whole really needs: for the delayed RHI legislation to be passed as soon as possible so that new AD plants can produce clean, renewable biomethane that can help to increase our energy security and decarbonise the gas grid.

“We estimate that there are around 20 biomethane projects in development that are waiting for the RHI legislation to be passed in order to receive their tariff guarantee and start construction. There’s a real risk of some of these projects being further delayed or even cancelled if the reforms aren’t implemented very soon, which would not only be a huge waste of time and resource but would also hamper the UK’s ability to meet its short- and long-term renewable energy and climate change targets.”