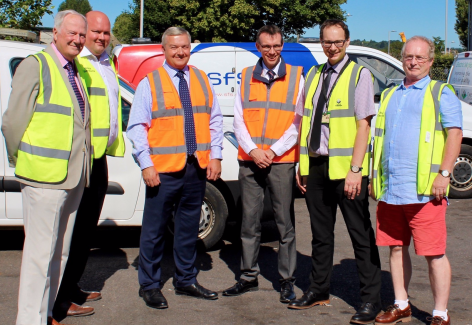 For the first time Mid-Devon District Council (MDDC) and Exeter City Council (ECC) have joined together to source their vehicle fleets.

Following a comprehensive tender process both councils opted to award the seven-year contract (with a possible 7-year extension) for the provision and maintenance of approximately 210 vehicles, to contract hire and fleet management company, Specialist Fleet Services Ltd (SFS).

The contract for Mid-Devon District Council commenced on 3 June 2019 and the contract for Exeter City Council started on 1 July 2019. SFS will be providing a range of vehicles including Refuse Collection Vehicles (RCVs), recycling vehicles, sweepers, hook loaders, tippers, vans, cars, telehandlers and grounds maintenance equipment. The new fleet will include a number of electric vans and cars, and the refuse vehicles will be fitted with the latest safety features including reverse radars, cyclist safety equipment and camera systems.

Stuart Noyce, Group Manager, Street Scene and Open Spaces, Mid-Devon District Council: “Previously we purchased our vehicles outright and outsourced the maintenance from a number of suppliers. The contract with SFS is not only better value for money but much simpler.

“We have a fixed price with no unexpected costs, which is much better for budgeting, and one point of contact for maintenance. There are many additional advantages as a result of this increased harmonisation with Exeter City Council such as the ability to share equipment, carry out joint training and use each other’s depots to park vehicles.”

Simon Hill, Service Lead for Fleet, Exeter City Council: “During this tender process we compared the costs of contract hire alongside our existing method of fleet procurement. The results showed that by contract hiring the vehicles with SFS we will make a saving over the lifetime of the vehicles and also speed up the replacement of older parts of the fleet with newer, lower-emission vehicles from year one of the contract .” 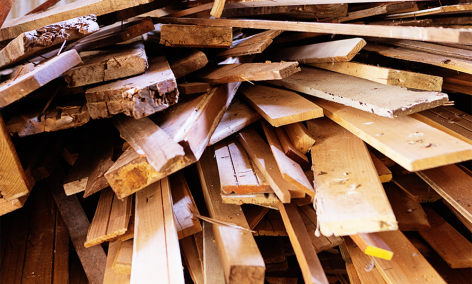 The Wood Recyclers’ Association (WRA) and The Recycling Association (TRA) have joined forces in a reciprocal arrangement that will see them share expertise and ideas to the benefit of both organisations.

It is aimed at the two trade bodies working more closely on issues that affect the recycling and waste industry, sharing ideas and attending each other’s meetings.

Julia Turner, Executive Director of the WRA said: “Although the WRA is a specialist trade body and The Recycling Association has a broader membership base, there are a lot of synergies between us and our members, particularly over the bigger issues to do with regulation, health and safety etc. By being reciprocal members we can work together and share expertise which will be of benefit to all our members.”

Simon Ellin, Chief Executive of the Recycling Association, said: “Wood is a commodity just like paper and plastics and if we can share knowledge and resources for the greater good, then our respective industries will be stronger as a result. We’re really excited to be working more closely with the Wood Recyclers’ Association, and look forward to a long and mutually beneficial partnership.” 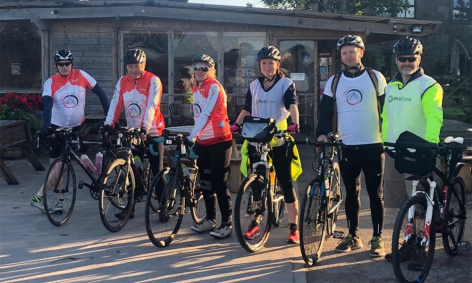 PyroCore supported the first ever Breathe For Life Team Cycle Challenge, which spanned 1476 miles across the UK, throughout September and October 2019, highlighting the dangers to public health of the most polluted parts of the country.

The cycle challenges aim to raise awareness of the rising tide of lung cancer, particularly in non-smokers that affects the UK.

The charity was founded, and the relay completed by Susie and Wayne Eastwood, who cycled all the way from Lands End to John O Groats. The pair decided to undergo the strenuous task is remembrance of their great friend Ruth Strauss – who lost her life from a rare, and inoperable form of non-smoking lung cancer. They were joined by Sir Andrew Strauss in remembrance of his wife.

The relay focused on environmental, social and cultural risks and remedies and on care and wellbeing of patients and their families.

The event helped to reveal the dangerous levels of air pollution which can be a factor in lung cancer in non-smokers, who are statistically more likely to be younger women.

PyroCore are a leader in small scale onsite pyrolysis technology. Pyrolysis turns waste into energy and value, putting organisations back in charge of their waste management solutions. 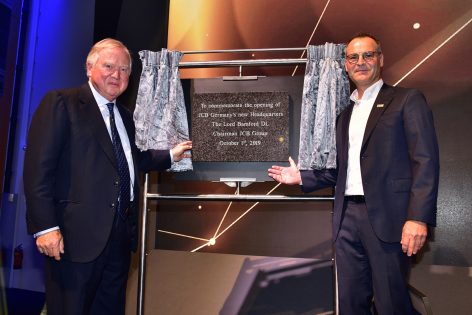 JCB Chairman Lord Bamford has officially opened a new headquarters for one of its most important European businesses in an investment worth around £50 million.

JCB Germany – which was founded in 1965 – is now operating from a brand new facility on a 12 acre site in Cologne following one of the biggest investments in JCB’s history. The new HQ includes offices for 75 employees and a training centre for use by customers and JCB Germany’s network of dealers which employ a further 2,000 people.

Lord Bamford unveiled a plaque to mark the opening during a conference at the new HQ attended by JCB’s largest 50 dealers from around the world.

The new HQ is triple the size of JCB Germany’s former facility in Cologne and is situated at the heart of Germany’s largest industrial area, the Rhine-Ruhr zone.  It has excellent transport links, with the A4 Autobahn connecting the new HQ to the Netherlands and Belgium and the A1 Autobahn linking it to northern and southern Germany.

The new HQ – which includes a showroom for JCB’s latest machines – will host 3,000 delegates a year for sales and technical training as well as holding operator training courses in a specially constructed demonstration area for construction and agricultural dealers.