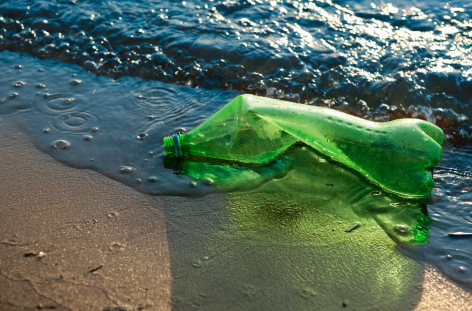 A deposit return scheme for beverage containers would stop a third of the plastic going into the oceans, according to new analysis by think tank Green Alliance.

According to the group, plastic marine litter from the UK could be reduced by nearly two thirds with five simple actions.

As well as a deposit return scheme, the Green Alliance is calling for:

Plastic pollution has serious implications for the fishing and tourism industries, and to human health, the Green Alliance says. Keeping it from getting into the ocean is the most effective means of protecting the sea and people.

“The government should listen, introduce a bottle deposit scheme, and enforce rules on sources of industrial waste. These simple steps would address two thirds of the UK’s marine plastic problem.”

In a speech to WWF on 21 July, Environment Secretary Michael Gove promised to tackle marine plastic litter as part of a renewed waste and resources strategy. Mr Gove’s announcement that microbeads will be banned from rinse-off products later this year is a step forward, but it will tackle less than 1% of the problem, the group claims.

The government’s plastic bag charge also addresses 1% of the plastic that enters the sea.

Other well publicised methods, which use buoys to remove litter from the open oceans, only tackle floating debris and so could only remove 2% of the plastic that gets into the sea. It says this is because most plastic sinks below the ocean surface or is ingested by animals.

Green Alliance says its analysis shows that the single most effective action would be to stop plastic bottles getting into the sea through a deposit return scheme. The largest proportion (33%) of plastic litter comes from plastic bottles and this problem is likely to escalate as global bottle production is forecast to jump by 20% by 2021.

Deposit return schemes are already widely implemented abroad and have been very successful, the group claims. It says nearly 100% of plastics bottles are returned for recycling in Germany; the country also provides access to more high-quality plastics for recycling, preventing them from going to landfill, incineration or finding their way into the environment, it says.

Dustin Benton, acting policy director for Green Alliance said: “It’s depressing to visit a beach that is covered with plastic, and downright scary to learn that the seafood you are eating might be contaminated by plastic pollution. The popularity of the microbeads ban and plastic bag charge shows the public is up for tackling these problems.

“The government should listen, introduce a bottle deposit scheme, and enforce rules on sources of industrial waste. These simple steps would address two thirds of the UK’s marine plastic problem.”

The analysis comes after Scotland announced it is to research further into implementing a deposit return scheme throughout the country.