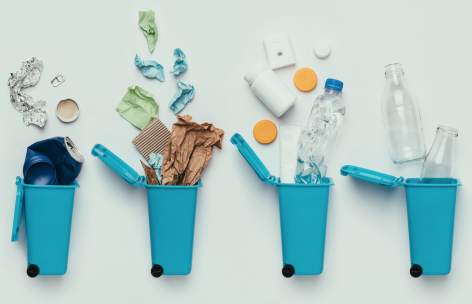 ReFood is calling on district councils to implement uniform recycling collections in 2019, including separate ones for food waste, after proposals were rejected by the Local Government Association earlier this year.

“The LGA’s decision was yet another disappointing blow,” said Philip Simpson, commercial director of ReFood. “Our national recycling rate continues to flatline, which is why we’re urging the Government to see sense and reconsider this as a priority.”

The proposals, which were originally put forward by environmental charity Keep Britain Tidy, called on the Government to intervene and change the ‘barmy mess’ of non-uniform local approaches into a nationally consistent service.

They were rejected by the LGA, which claimed “eight out of ten people are happy with the way their local council collects rubbish”.

Philip said: “Householders may be ‘happy’ with existing kerbside systems, but the reality is that these systems are unfit for purpose.”

Philip Simpson, commercial director of ReFood – “Why send such a valuable resource to landfill? At ReFood, we turn waste food into renewable energy and sustainable biofertiliser, which effectively closes the food supply chain and generates enough energy to power more than 55,000 homes nationwide.”

The UK currently has 150 different collection schemes, with many local councils locked into long-term waste contracts. The LGA suggested that a move to a national system would be a “sensitive issue” for these councils, many of whom would perceive it as handing over their powers to central government, ReFood says.

ReFood, however, says that local authorities in Wales, Northern Ireland and Scotland have all implemented some form of “mandated national system”, from which they are already reaping “financial and environmental benefits”.

“We have to learn from this best practice and stop putting our heads in the sand,” Philip said. “Local councils in England don’t offer the best solutions – they offer the cheapest. If we’re to stand any chance of meeting our strict recycling targets, we need to rethink collection uniformity.”

According to ReFood, food waste forms the majority of municipal waste collections, with UK households throwing away more than seven million tonnes every year.

“Why send such a valuable resource to landfill?” said Philip. “At ReFood, we turn waste food into renewable energy and sustainable biofertiliser, which effectively closes the food supply chain and generates enough energy to power more than 55,000 homes nationwide.

“A uniform solution would work if we approached the transition correctly. Consumer polling and local council sensitivities aren’t adequate excuses either. Doing the right thing should always be the priority.”