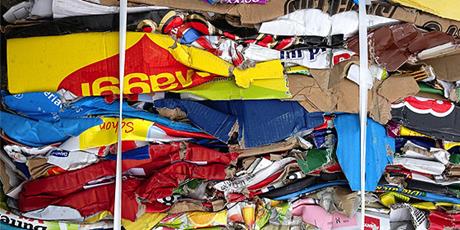 The Environmental Audit Committee (EAC) is seeking written evidence submissions to support a one-off evidence session into the impact of the recent Chinese ban on imported plastic and paper waste.

On 1 January 2018, China’s ban on the import of 24 types of plastic waste and mixed paper waste came into effect. Since 2012, the UK has shipped more than 2.7m tonnes of plastic waste to China (including Hong Kong). Additionally, the UK ships 3.7m tonnes of paper waste to China (including Hong Kong) every year.

Some other types of waste will be required to meet a contamination level of 0.5% from March 2018.

Stakeholders from the UK’s recycling and waste management industries have expressed concern that the ban has already led to stockpiling of poor quality waste in the UK.

“The UK will now have to deal with millions of tonnes of extra plastic and paper waste leading to fears it will be landfilled or incinerated instead of recycled.”

In a recent written ministerial statement, Secretary of State for Environment, Food and Rural Affairs, Michael Gove, acknowledged that the ban will cause “some issues in the short term for recycling in the UK.”

The Environmental Audit Committee will look at how serious the impact of the Chinese ban will be, whether the UK is prepared, and the potential environmental implications in a one-off evidence session with industry stakeholders and Government ministers.

Environmental Audit Committee chair, Mary Creagh MP said: “The UK has been relying on China to recycle its excess of waste for years, but that market is now drying up. The UK will now have to deal with millions of tonnes of extra plastic and paper waste leading to fears it will be landfilled or incinerated instead of recycled.

“We will examine the environmental impact of the ban, whether the Government has made adequate preparations and what the Government can do to ensure the UK’s waste is managed sustainably.”

The Committee invites submissions on some or all of the questions below:

The deadline for submissions is Friday 19 January 12pm.