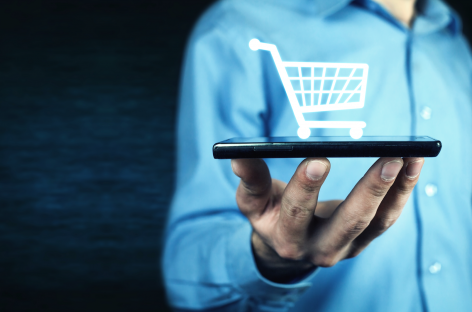 Defra’s consultation to reform the system for waste packaging identifies the “growing problem of non-compliance through online marketplaces”, it states.

It says its own research supports this position and that a review of listings on one online marketplace suggested that 76% of LED lightbulbs, 54% of power tools, and 50% of electric haircare products did not comply with WEEE legislation.

The solution proposed by Defra is to create a new class of Producer. This would make online marketplaces responsible for the compliance of all products sold through their websites, that are imported into the UK.

The current proposals relates to the waste packaging legislation but Recolight says it “seems likely” to be incorporated within other producer responsibility legislation, including WEEE and batteries.

Recolight CEO Nigel Harvey – “The Defra proposal will at last, tackle this major problem. The solution they have come up with is particularly elegant”

Commenting on the proposal, Recolight CEO Nigel Harvey said: “The Defra proposal will at last, tackle this major problem. The solution they have come up with is particularly elegant. Producers based inside the UK who sell through online marketplaces continue to take direct responsibility for their products. But where the producer is based outside the UK, that responsibility would fall upon the online marketplace.”

“At a stroke, this would bring product from thousands, or even tens of thousands of producers, predominantly based in China, into compliance. Those producers would not need to individually register with compliance schemes. Instead, product data, already captured by online marketplaces through sales transactions, would be aggregated and submitted as a part of their own compliance process.

“The process would be simple to audit, simple to administer, and effective at capturing a high proportion of non-compliant product. Enforcing UK legislation on a large number of companies based on the other side of the globe is nigh on impossible.Focusing instead on a few online marketplaces could really drive compliance.”

Nigel Harvey added: “Our only concern is with timescales. The new waste packaging legislation is likely to come into force in 2023. The Government will consult on amending the WEEE regulations in 2020. That probably also means WEEE changes in 2022-23. But the unfair competition of non-compliant product sold through online marketplaces is causing real commercial damage now. Earlier implementation of the proposed change is therefore essential.”

Sainsbury’s will invest £1bn to become Net Zero by 2040