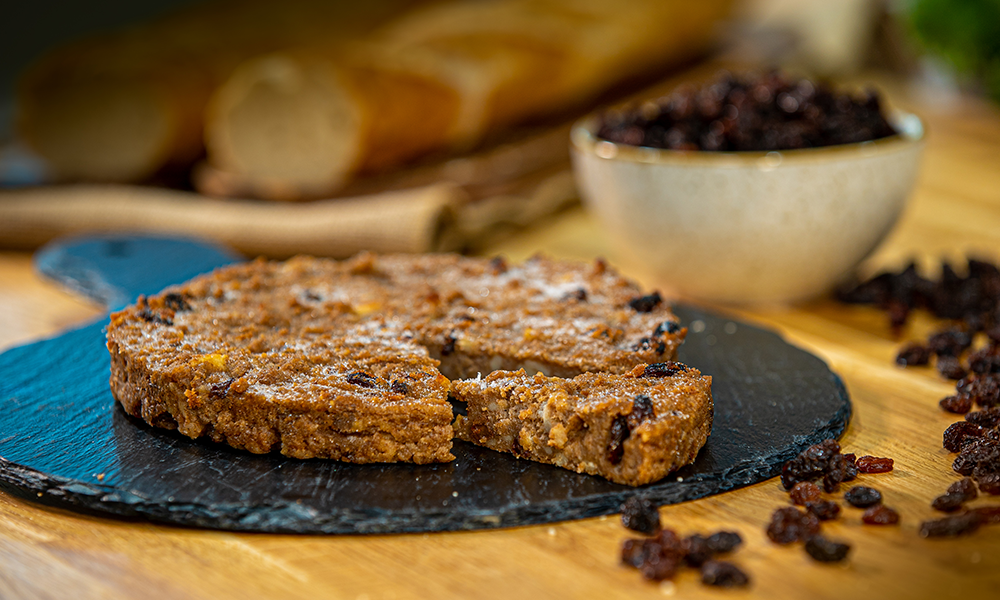 Bakeries at Tesco are reviving a traditional way of tackling food waste – by turning surplus baguettes and batons into tasty new bread products.

Baguettes and batons are among the UK’s most popular bread but also two foods which see among the highest waste at the supermarket, Tesco says.

The supermarket giant now plans to “dramatically reduce” that figure by launching bread pudding and olive oil crostini lines made from surplus baguettes and batons.

If Tesco deems the trial successful and the products are rolled out across Tesco’s UK stores, it could mean about 40% of the supermarket’s in-store bakery baguette and baton waste being cut.

The Bread Pudding will be made from surplus in-store bakery white baguettes and will first be broken into crumbs before having spices, sultanas and water added.

These new fresh bread pudding and crostini lines are made to classic recipes and using bread that’s been deemed surplus at the end of the day.

Tesco bakery category director Gordon Gafa said: “These new fresh bread pudding and crostini lines are made to classic recipes and using bread that’s been deemed surplus at the end of the day.

“We’re very proud of our record on tackling bread waste and this latest move follows other recent measures such as advising customers that they can freeze bread and also reducing the amount of bread we bake in our stores.”

In 2015 the group estimated that surplus bakery products account for nearly a third (67,500 tonnes) of the UK’s total retail food waste.

David Moon, head of business collaboration at WRAP, said: “This initiative by Tesco is an excellent example of a simple solution to a common problem.

“Using surpluses in store to make a delicious new product saves good food from spoiling, and reduces the cost of waste to the business.

“Bread is also the second most wasted food in the home and every single day, as a nation, we waste one million loaves.”

The new bakery lines are being sold at 24 Tesco stores across the UK.

The move follows Tesco’s involvement in another successful food waste saving scheme which sees surplus grapes from used to make a new premium gin called HYKE which is exclusively on sale at Tesco.

Overall, this led to the amount of food going to waste in Tesco’s UK operations falling by 17% to 44,297 tonnes (0.45% sales) compared to the previous year.