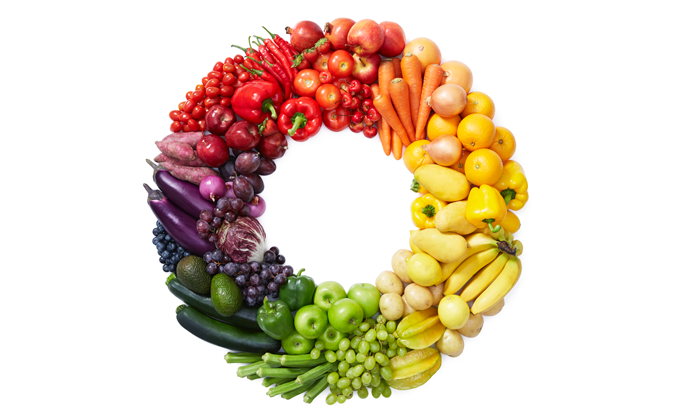 Us Brits are a wasteful bunch. According to Defra, we create between 18 and 20 million tonnes of food waste each year, with almost half coming from households alone. The complexity of the issue makes it difficult to define a front-line for the war on waste, but one thing’s for sure – we all have a part to play.

From individual households, to restaurants, shops, hospitals and factories, poor handling of food waste is becoming an intrinsic part of brand reputation. It’s easy to see why: increasing consumer awareness, complex supply chains, growing government pressure and the rising cost of waste disposal are all spurring sectors across the UK to change their ways, and fast. In fact, the food waste created by manufacturing and retail alone equates to a value of £2.2bn a year, while every tonne of waste disposed by retailers is estimated to be worth £1,300, according to WRAP.

“Last year, we sold 10 million tonnes of food to the British public,”said Dave Lewis, chief executive of Tesco. “But even if our waste is just 0.7 per cent of the food, that’s still 70,000 tonnes of food.”[1]

Out of every crisis, however, comes an opportunity. Now is the time for UK businesses of every sector to explore new ways of improving processes and adopt strategies that can reduce waste, cut costs and build the UK’s reputation as a leader in best practice. Struggling to know where to start? This is where the circular economy comes in.

The circular economy is not a new concept. In fact, it’s been gathering momentum since the late 1970s, according to the Ellen MacArthur Foundation. In its simplest form, the circular economy defines a society that keeps its resources within the value chain for as long as possible, whether that’s through, reusing, recycling or harnessing energy from the waste we create.

According to the Foundation: “A circular economy aims to redefine growth, focusing on positive society-wide benefits. It entails gradually decoupling economic activity from the consumption of finite resources and designing waste out of the system. Underpinned by a transition to renewable energy sources, the circular model builds economic, natural and social capital.”[2]

If you produce a lot of food waste, take note: targets specified by the package include a 30 and 50 per cent reduction in food waste by 2025 and 2030 respectively, as well as the provision of incentives for the collection and safe redistribution of unsold food products.

Greater oversight offered by data is already helping some retailers to make changes in the most wasteful parts of their supply chains, but as technological capabilities increase, excuses are rapidly running out. In April 2018, a circular economy package was agreed by the EU, making food waste reduction a fundamental part of the legislative agenda for all member states.

If you produce a lot of food waste, take note: targets specified by the package include a 30 and 50 per cent reduction in food waste by 2025 and 2030 respectively, as well as the provision of incentives for the collection and safe redistribution of unsold food products. Many businesses are already doing this to great effect, whether that’s through new and exciting initiatives to eliminate waste from the supply chain, or by changing the way they monitor and process waste.

The latter is already leading to technological innovations designed to turn waste – whether unavoidable or not – into an extra resource. As such, the opportunities for recycling and reprocessing are also stacking up. According to WRAP, improving the consistency of local recycling and food waste services could reduce our greenhouse emissions by 4.5 million tonnes CO2(eq), while increasing the revenue generated from the sale of recovered materials by about £430m. That’s a boon for the environment and the economy.

It can take time, effort and a great deal of collaboration to eliminate waste from the supply chain. Implementing effective food waste recycling, on the other hand, is much easier. The idea is a simple one. Instead of sending leftover food to landfill, where it rots and releases methane into the atmosphere, why not re-inject it back into the value chain as a source of energy or fertiliser for new crops?

In 2017, the company [Waitrose] sent 7,119 tonnes of organic matter to anaerobic digestion facilities, while distributing a further £2.1m-worth of fresh stock to local charities.

Take Waitrose as an example of good practice. In 2017, the company sent 7,119 tonnes of organic matter to anaerobic digestion facilities, while distributing a further £2.1m-worth of fresh stock to local charities.[4]You don’t have to be a national upmarket retailer to get these kind of environmental credentials, either. Any business, large or small, simply needs the right bin and a specialised collection service to start embodying the fundamentals of a circular economy.

Of course, preventing food waste will always be preferable. If this isn’t possible, recycling it for anaerobic digestion is the next best thing. In fact, the Renewable Energy Association estimates that we would generate enough electricity for 350,000 households if all the UK’s domestic food waste was processed by anaerobic digestion.

It’s surprisingly easy to get started, too. Simply call a specialist in food waste recycling, such as ReFood and then focus on building an internal and external strategy that helps suppliers, employees and customers to embrace a more “rounded” way of thinking.