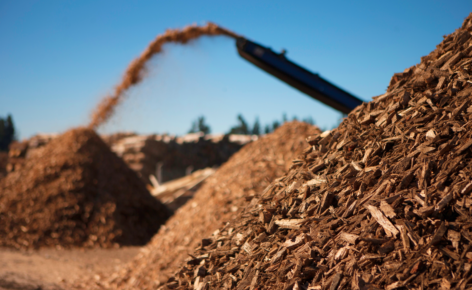 Experts in the waste wood sector have written to the Environment Agency to voice concerns over proposed changes to the classification of waste wood.

Representatives from a number of organisations have jointly penned a letter outlining their worries about how the EA is currently proposing mixed waste wood should be recorded at the front end of the wood recycling and recovery process.

The organisations include the Wood Recyclers Association (WRA), the National Association of Waste Disposal Officers (NAWDO), the Local Authority Recycling Advisory Committee (LARAC), the Wood Panel Industries Federation (WPIF), major waste management companies such as FCC, Veolia and SUEZ and the United Resource Operators Consortium (UROC), as well as other trade associations. They also have the full support of the two main industrial end users of waste wood – panel board manufacturers and biomass energy suppliers.

“We’re concerned this could have a catastrophic effect on the industry’s two major consumers of mixed waste wood, panel board and energy suppliers, both of whom contribute a huge amount to the UK’s economy and recycling/recovery targets”

The proposed change follows concerns that treated waste wood was being described as untreated, clean grade A material and ending up in non IED Chapter IV-compliant boilers. At the same time the European Commission highlighted the German wood recycling market records around 15% of its waste wood as hazardous, compared to less than 0.5% in the UK.

British wood recyclers say this is because in Germany hazardous waste wood is a commodity, and has established and accepted end user routes which do not exist in the UK.

The EA’s new proposal is that if the potentially hazardous properties of a mixed waste wood load cannot be properly assessed at the front end, the whole load may have to be classified as hazardous.

The wood industry experts are now working with the EA and carrying out testing and analysis to prove the UK’s percentage is very small and the potential for environmental harm is minimal.

Andy Hill, Chair of the WRA, said: “We’re concerned this could have a catastrophic effect on the industry’s two major consumers of mixed waste wood, panel board and energy suppliers, both of whom contribute a huge amount to the UK’s economy and recycling/recovery targets.

“As a joint working group we have come together to ask the EA to reconsider its position and allow us time to move this situation forward without any knee-jerk reactions.

The letter to the EA cites the groups main concerns as:

In addition, Andy added that there are minimal disposal routes for hazardous waste wood in England and none in Wales.

“Energy suppliers and panel board manufacturers account for 80% of the UK’s total waste wood market, and already recognise there is a small risk of hazardous waste wood in their feedstock from recyclers,” said Andy.

“They have thorough testing regimes in place to ensure levels are consistently acceptable for their specific processes and do not pose a danger to the environment or human health. Both industries are also heavily regulated themselves and have had no issues to date.”

Since learning of the proposed changes, a number of WRA member companies have been carrying out tests at their sites. The early results have been shared with the EA and indicate .01 to .02% of total waste received during the past month as having been hazardous. These tests will continue.